Despite Secretary of State Rex Tillerson's decision to scrap the position, President Trump has promised to continue US input into the Northern Ireland peace process. 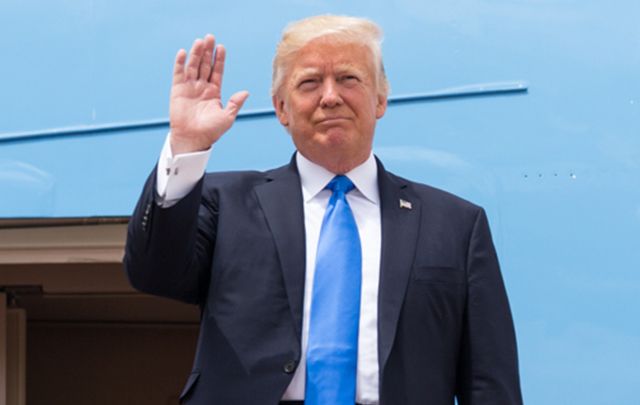 Despite Secretary of State Rex Tillerson's decision to scrap the position, President Trump has promised to continue US input into the Northern Ireland peace process. WikiCommons

Going against the decision of his Secretary of State, President Trump has committed to appointing a new special envoy to Northern Ireland.

President Trump will appoint an envoy to Northern Ireland despite the recent decision by Secretary of State Rex Tillerson to scrap the post.

The president told Congressman Richard Neal that he would commit to filling the position which has been vacant since former senator Gary Hart took his leave of the envoy job in January when Trump took office.

Congressman Neal, a co-chair of the Friends of Ireland on Capitol Hill, spoke with the president after a meeting on tax reform earlier today at the White House.

The Massachusetts Democrat is ranking member of the House Ways and Means Committee.

Neal, according to a release from his office, urged President Trump not to eliminate the position of Special Envoy to Northern Ireland.

Citing concerns over Brexit and the suspension of the power-sharing government in Belfast, Neal said it is critical that the United States continues to have a dedicated representative in the region working with the five main political parties and the Irish and British governments.

After pressure from Irish American Congressman, the special envoy position will remain

President Trump, the release said, “agreed and made a commitment to fill the vacant post. Neal then confirmed the President’s decision with White House Chief of Staff John Kelly.”

Said Mr. Neal: “I told President Trump that eliminating the position of Special Envoy would send a message around the world that the United States is no longer engaged in the region.

“As we approach the 20th Anniversary of the Good Friday Agreement, America must continue to play a meaningful role in the peace process.

“With the political institutions in the North suspended, the United States should have a dedicated representative to help prevent further political instability. I also believe we can make an important contribution to the Brexit debate and its implications on the island of Ireland.

“At this critical time, I am pleased that President Trump promised not to eliminate the Special Envoy post.”

Rep. Neal and more than 30 of his House of Representatives colleagues sent a bipartisan letter to U.S. Secretary of State Rex Tillerson last week urging the Trump administration not to eliminate the Northern Ireland Special Envoy position.