Congressional Friends of Ireland demand US envoy to North restored

Thirty-two members of the US Congress have written to Secretary of State Rex Tillerson asking that he continue the position of special envoy to Ireland which is set to be discontinued as part of the State Department budget cuts. 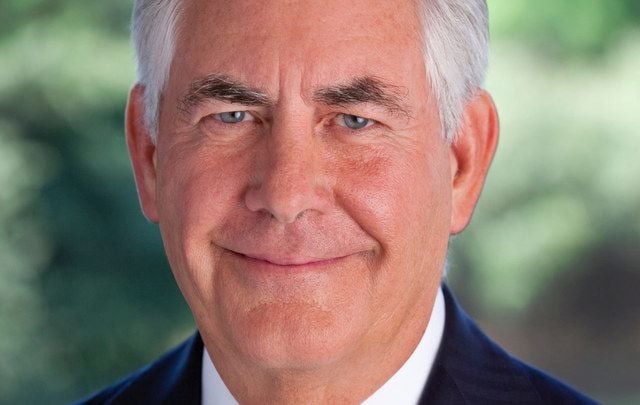 Thirty-two members of the US Congress wrote to Secretary of State Rex Tillerson asking that he continue the position of special envoy to Northern Ireland. Office of the President/WikiCommons

Thirty-two members of the US Congress have written to Secretary of State Rex Tillerson asking that he continue the position of special envoy to Northern Ireland which is set to be discontinued as part of the State Department budget cuts.

Tillerson proposed the elimination of the role in late August in a letter to Senator Bob Corker, the chair of the US Senate Committee on Foreign Relations.

There already is no nominee for US Ambassador to Dublin meaning that there is no US diplomatic presence in Ireland now.

Tillerson wishes to abolish half of the special envoy positions around the globe, but Democrats have vowed to oppose him.

Senator George Mitchell used the role to chair the talks that led to the Good Friday Agreement. Subsequently, high-powered envoys such as Richard Haass, a major figure in US foreign policy, made a huge difference in helping sort out issues such as policing, decommissioning and the shape of the political institutions.

The move comes at a time when the Stormont government is suspended and talks on finding a way to resume have stalled. In the past, US input has been critical to overcoming such issues and Irish Congressmen have expressed their desire for this to continue.

Read more: How the US special envoy to Northern Ireland functioned before Trump

The complete letter from the Friends of Ireland and signed by congressional leaders such as Richie Neal, Joe Crowley, and Peter King states:

“As Members of Congress who have been involved in the effort to bring peace and reconciliation to the island of Ireland for more than two decades, we believe it would be a serious mistake to eliminate the position of Special Envoy to Northern Ireland at this time and we respectfully urge your genuine reconsideration.

“As you know, the role the United States played in the North of Ireland during the peace process was indispensable in helping to end the longest standing political dispute in the history of the western world. And that success was achieved in no small part because of the bipartisan work of Congress and the skilled diplomacy of successive special envoys appointed by Presidents Clinton, Bush, and Obama. By any standard, the signing of the Good Friday Agreement (GFA) in 1998 represents one of America’s most successful foreign policy accomplishments in recent memory.

“It is also true that the GFA, which marks its 20th anniversary next year, established a blueprint and process for change that has not been fully implemented. The peace process is not over – it continues to require nurturing and support from the United States, especially since the devolved government in Belfast has been suspended since January, and the prospects of a return to direct rule from London cannot be ruled out. As well as recurrent political instability, furthering reconciliation and overcoming deep-rooted divisions remain as fundamental challenges for the peace process. Critical issues like the Irish language and the past remain unsolved. Given the current impasse, it is imperative that the United States continues to have a designated representative that remains engaged in the North with the five main political parties, and the Irish and British governments, to encourage fresh talks and help break the deadlock.

“Of equal concern is Brexit and the implications it could have on the stability of the peace process. Any attempt to re-established a hard border would be a mistake, endangering one of the most transformative gains of the peace process, which has facilitated normalization, reconciliation, and economic opportunity on the island of Ireland. A return to the days of checkpoints, visas or custom patrols along the 320-mile border would be a great step backward. The political institutions, citizenship, rights and other provisions of the Good Friday Agreement also need to be protected from the upheaval of Brexit. The nearly 40 million Americans of Irish descent have begun to speak out on this issue, and they also believe it would be wrong to abolish the special envoy position at a time when Brexit negotiations are just beginning. The consequences are just too significant.

“These are the types of issues that previous envoys were able to effectively address – talking to both traditions, communicating with the Dublin and London governments, helping overcome complex impasses, and sending a strong message around the globe that the United States remains invested in the future of the North. Previous administrations have recognized the need for someone dedicated to the peace process, appointing not just envoys but some of America’s most seasoned leaders on both sides of the aisle including Senator George Mitchell and those that followed.

“This proposal deserves genuine reconsideration on its merits. Securing a special envoy for the North – instead of just Ambassadors to Britain and Dublin – has been a longstanding priority for the Irish American community and those interested in peace worldwide for good reason.

“We urge you to reexamine this proposal, reverse the decision, and appoint someone of the highest caliber and ability to be the Special Envoy.