"The last thing they want is any disruption," the Taoiseach said of Scotland and Wales following a British-Irish Council meeting in Wales. 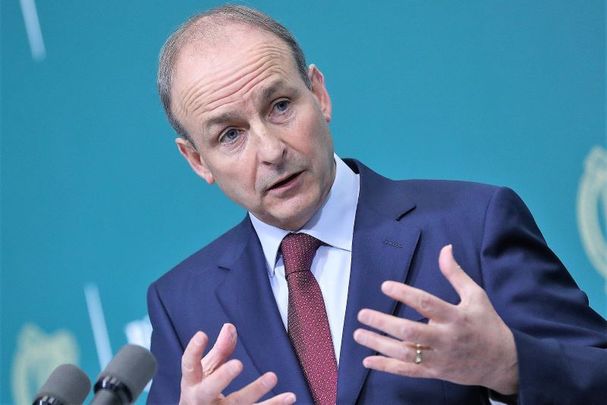 Ironically, as cumbersome talks continue to resolve the Northern Ireland Protocol, there has been a hint that Scottish and Welsh political leaders could yet point a way to end the deadlock.

Taoiseach Micheál Martin hinted that a damaging showdown between the United Kingdom and European Union could be avoided through possible intervention from Scotland’s First Minister Nicola Sturgeon and Wales’ First Minister Mark Drakeford.

Martin said that at a weekend meeting of the British-Irish Council in Wales, he noted critically the very strong view of the two first ministers that the last thing collectively needed now is more disruption in trade.

He said in Cork, “They are really seeing the impact of Covid-19 on supply chains in the U.K. and the impact of Brexit too in terms of Scotland and Wales...so the last thing they want is any disruption, further disruption between the United Kingdom and the European Union.”

Whether a Tory government will pay any attention to the concerns of administrations led by the Scottish Nationalist Party and the Welsh Labour Party is probably on a par with Boris Johnson’s perceived indifference to what happens in Northern Ireland.

But as he displayed with his past betrayal of supporting unionists, anything is possible if it increments his hold on power.

Those talks hung on a lifeline when Britain earlier threatened to invoke Brexit’s Article 16 to collapse the Northern Ireland Protocol which is intended to ensure there is no longer a hard border on the island of Ireland.

So far, Britain has backtracked on the threat, but in the ongoing yo-yo exchanges between the two sides over several months it remains on the table as a last resort should the agreed improvement in discussions fail to endure. The talks are set to continue next week.

Meanwhile, Ireland's Minister for Foreign Affairs Simon Coveney repeated an earlier warning that the EU would not remove, as Britain sought, the role of judges in the European Court of Justice as the arbitrators of disputes.

He said, “I do not see how the EU can outsource the arbitration on EU rules and regulation to a court outside of the EU. I just don’t think that’s a realistic proposition. I think many understand that on the British side as well.”

Lord Frost, writing in the Mail on Sunday, issued one more warning that Article 16 was still on the table if talks collapsed.

He wrote, “The current problems with the Protocol go to the heart of our territorial integrity, of what it means to be one country and one market. They will not just disappear.

“I still hope the EU can show the ambition needed to fix the problem by agreement. If they can’t, of course we will have to safeguard our position in other ways.”