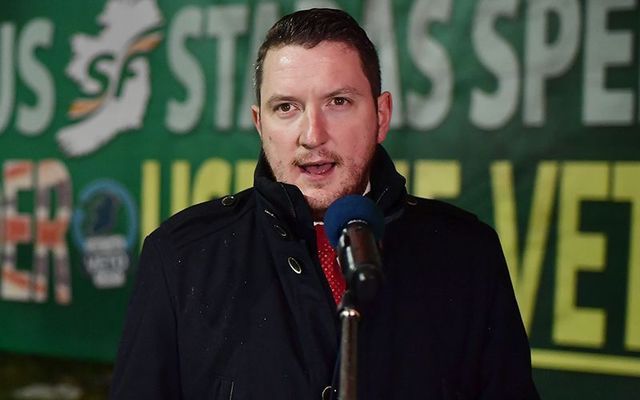 Sinn Féin Member of Parliament John Finucane is traveling to Washington DC and New York this week to brief United Sates political leaders and Irish-American supporters on the re-establishment of the political institutions of the Good Friday Agreement.

During the visit, the recently elected politician will address the Congressional Friends of Ireland on Capitol Hill and meet with representatives of the US administration. In New York, he will speak at a public event organized by the New York Bar Council and the Brehon Law Society.

"The US has been central to our peace process and to political progress in Ireland over many years.

"The US Congress and Irish American community leaders have acted to protect the Good Friday Agreement at all times and continue to do so, particularly in the face of the threat presented by Brexit.

"Their influence and continued support is valued and is vital as we face the continuing challenges of Brexit, re-establishing power-sharing government in the North and as we work to build a new and United Ireland.

"I will brief leaders on the recent negotiations, the agreement which has led to the re-establishment of the Executive and the political institutions of the Good Friday Agreement and the challenges and opportunities of the future.”

Beginning my travel to the US where I will brief leaders on the recent negotiations, which led to the re-establishment of the Executive.

American political support & influence has always been vital & I look forward to the week ahead in Washington DC & New York. pic.twitter.com/a7roEzj5L1

Finucane is the son of the Irish human rights lawyer Pat Finucane who was murdered, in 1989, at his family home by loyalist paramilitaries.

In December 2019, in the United Kingdom general election, John Finucane won the Belfast North seat with 23,078 votes to the Democratic Unionists Nigel Dodds' 21,135. He is the first Irish nationalist MP in the history of the constituency.