RESULTS: Do you think Joe Biden will run for president in 2020?

IrishCentral readers have responded to last week's poll asking whether or not they believe Joe Biden is going to run in 2020. 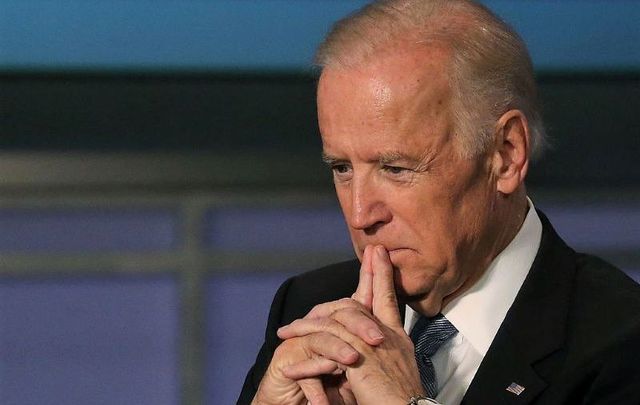 Is former Vice President Joe Biden going to seek the Democratic nomination for 2020?

Is Joe Biden going to run for president in 2020? We asked our IrishCentral readers last week in a survey whether or not they thought the former Vice President was going to seek the Democratic nomination.

We posed the question in the wake of an increasingly crowded Democratic field, as well as Maureen Dowd's recent New York Times column which shed light on the Biden family "dirty laundry," which some people believe could be the perfect fodder for an opposing candidate.

Dozens of responses and plentiful commentary have since poured in, but our survey found that more than 60 percent of respondents believe that yes, Biden will seek the Democratic nomination.

IrishCentral readers had a lot of comments on the matter, both on the site and our Facebook:

Mary said: “The dirty laundry isn't Joe's, it belongs to his son. Leave it there.”

Joy said: “He can run but he can’t run from the scandal!”

Patricia said: “the 'family' scandal is not his doing. he's a total class act.”

Nancy said: “He missed his time!”

Kathleen said: “Sure hope NOT”

Sharon said: “I sure hope so!”

Nancy said: “Time for a woman! The men have had their chance and look at us! Time to have a woman turn us around!”

And here's what some commenters said on our site:

Moni wrote: “Of course he should run. His experience and knowledge will, if nothing else, deepen the debate topics. His prominence apparently is a huge threat to the alt-right, whose desperation has led to this ridiculous "dirty old man" slander, which indicates the Trumpite's fear of decent Joe being compared to sleazy Trump.”

Let us know in the comments - do you think Joe Biden is going to run for President?