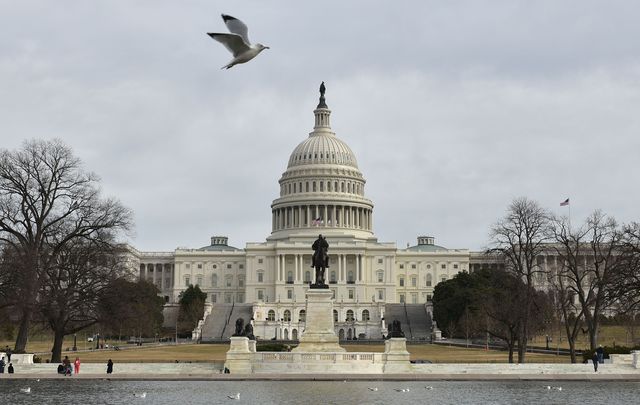 The fate of the E3 visa still remains unknown, but one more Senator has switched to support it's passage Getty

Only two Senators remain in opposition to the E3 bill, down from six

Progress is being made in the fight to provide Irish people with access to E3 American working visas.

The E3 visa bill has already passed the House of Representatives and is currently before the Senate, where it would need unanimous approval before it can be signed into law.

There were as many as six Republican senators putting a hold on the bill which requires the unanimous consent of all 100 senators, but IrishCentral has learned that that number is now down to two.

It is unclear which Senator has changed from opposition to approval of the E3 bill.

The drive to pass the E3 visa bill is led by Irish Special Envoy John Deasy and the Irish government.

The E3 visa was first introduced in the US in 2005. It’s a 2-year renewable American working visa that is currently available to Australians only as part of the Australia-United States Free Trade Agreement (AUSFTA).

Australia receives 10,500 E3 visas annually, but typically only fills half of them. Ireland wants to see those unused visas opened up for Irish applicants.

Read More: What is the E3 bill and what would it mean for the Irish?

For Australians to qualify for the E3 visa, they must prove:

Should the bill pass into law in the US, Irish people are expected to be held to the same qualifying factors that Australians are.

Do you think the E3 visa bill will pass? Let us know in the comments