Six senators, all Republican, will be the focus of intensive efforts by the Irish special envoy John Deasy and the Irish Embassy to get them to release their hold on E3 visa legislation this week. 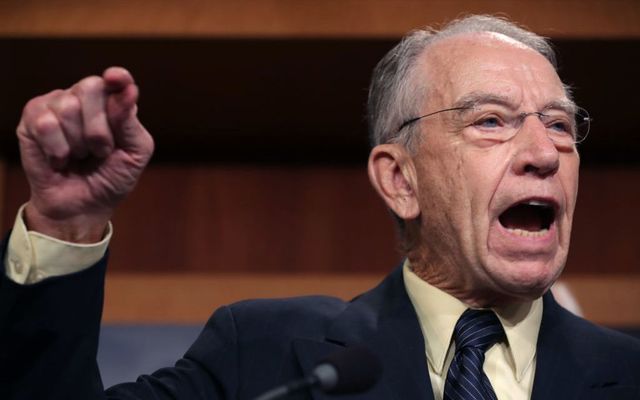 Six senators, all Republican, will be the focus of intensive efforts by the Irish special envoy John Deasy and the Irish Embassy to get them to release their hold on E3 visa legislation this week.

Ireland has an agreement with Australia to fill the unused visas which allow working access to the United States legally. Australia currently uses about 5,000 of the 10,500 given out every year.

After it passed the House unanimously, the bill is now in the Senate, where all Democrats have agreed to pass it while six Republican senators have placed a hold. President Trump has signaled his support as the program does not add visas, but redistributes existing ones.

IrishCentral has learned that the six senators are Chuck Grassley of Iowa, Chairman of the Senate Judiciary Committee and very influential; Mike Enzi of Wyoming; Johnny Isakson of Georgia; James Lankford of Oklahoma; Thom Tillis of North Carolina and Roy Blunt of Missouri.

The bill needs unanimous consent to pass and be signed by the president. It is unclear why the holds have been put on with speculation that some are just for informational reasons to examine the bill but Isakson has apparently tried to include South Korea in the program, a deal breaker.

There is surprise over Grassley in Irish circles as he had been considered a definite yes on the bill.

White House leaders of the effort include Chief of Staff John Kelly and Mick Mulvaney, head of Management and Budget.

The passing of President George Bush may also push action on the bill to later in the week as Bush will lie in state until Wednesday and not much official business will be done.

On the other hand, the possibility of a government shutdown is now considered far less likely than before Bush’s death.

Do you think the Bill should pass? Let us know in the comments section, below.