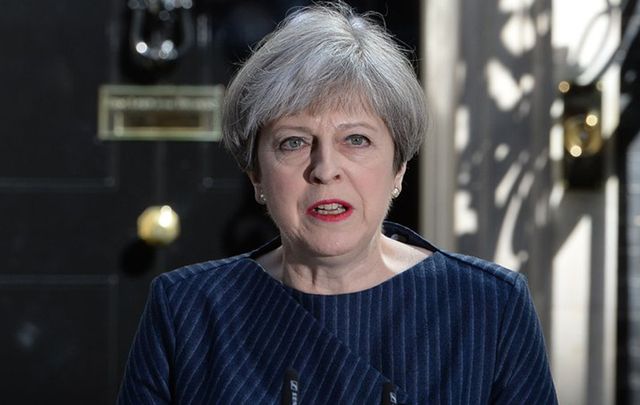 Britain’s Prime Minister Theresa May has called for an early general election, for June 8. Northern Irish leaders, preparing to resume crisis talks at Stormont, reacted to the news.

Prime Minister May had denied that she would call an election before the scheduled date, in 2020, but following a Cabinet meeting she announced there would be a vote in the House of Commons on Wednesday on the proposed election. May claims that divisions at Westminster risk hampering Brexit negotiations.

She said, "The country is coming together but Westminster is not."

The surprise news from London comes as Northern Ireland’s politicians are preparing to resume crisis talks aimed at forming a power-sharing government at Stormont. The Northern Irish parties have already missed the deadline for forming a new government within six weeks of the March election.

Democratic Unionist Party leader Arlene Foster called the surprise announcement an opportunity for the people of Northern Ireland to “vote for the Union.”

“The Prime Minister’s decision to go to Parliament to seek a General Election on 8th June provides the people of Northern Ireland with the opportunity to vote for the Union,” Foster said.

"The forthcoming election will be an opportunity for unionists to unite around a strong Democratic Unionist Party that will advocate for them in Parliament."

Social Democratic and Labour Party leader Colum Eastwood questioned the decision to call this election in advance of the Stormont talks.

It shows you how much .@TheresaMayPM thinks/cares about our peace process that she'd call an election in the middle of talks.

He said, “It tells you all you need to know about Theresa May that she would call a snap Westminster election in the middle of intense efforts to restore power-sharing government to Northern Ireland.

"From the beginning of her tenure as British Prime Minister she has shown very little but disinterest and disdain for this place.

“As Theresa May seeks a mandate for a hard Brexit from an English electorate, people here have an opportunity to unite behind parties which have defended their will and sought to protect our values.

“England may want to isolate itself from Europe and the world. But people in Northern Ireland and Scotland made a different choice. A choice that cannot be fulfilled through a hard Brexit. We now have an opportunity to strengthen the mandate of parties which campaigned against and consistently voted against Brexit at Westminster.

“I know people are suffering from electoral fatigue, but this is not a time to sit on the sidelines. This is a moment to unite to deliver a strong message to Theresa May and the Brexiteers. Our voice will be heard.”

"Sinn Fein opposed Brexit because it will be disastrous for the people of Ireland, our economy and our public services,” said O’Neill.

"The people of the North clearly voted to see their future in the European Union in the referendum last June. We have been blatantly ignored by Theresa May since.

“The Tory party’s reckless Brexit agenda offers nothing to the people of the North who are being dragged out of the EU against our will.

“The Tory party and their polices have been rejected by the people in the North in the past, and will be again in this election.

"Sinn Fein is ready to contest this election and it will be an opportunity for voters to oppose Brexit and reject Tory cuts and austerity.

“It is an opportunity to progress designated status for the North within the EU and for a future based on equality, respect, integrity and unity.”

So Ms May has called a British General Election. Sinn Féin is up 4 that! Another chance 2 vote against Brexit & 4 progress.

For the June 8 elections to go ahead the Prime Minister will require the support of two-thirds of the Members of Parliament.

Currently May has a fragile majority of just 17 in the Commons but said she wanted “unity” in the British Parliament ahead of talks on Brexit with the European Union.

Labour Party leader Jeremy Corbyn has backed May's call. He said, "I welcome the prime minister's decision to give the British people the chance to vote for a government that will put the interests of the majority first."

Scottish First Minister Nicola Sturgeon said the Tories "see a chance to move the UK to the right, force through a hard Brexit and impose deeper cuts" and added, "let's stand up for Scotland."

Senior Tories had urged May to call an early election, taking advantage of the Conservatives' healthy opinion poll lead over the Labour Party.

Brave - and right - decision by PM @Theresa_May. My very best wishes to all Conservative candidates. @Conservatives

Cameron said he wouldn't stand down. He did. May said she wouldn't call an Election. She has. GE taking place now is evidence of Tory chaos.

U.K. shares tumble after Theresa May calls for a snap general election on June 8 https://t.co/3xB9srG2Gg pic.twitter.com/sq3hIBZj9I

Sunday: Theresa May speaks of people "coming together". Tuesday: she calls a General Election to drive them further apart.

If the motion is agreed upon on Wednesday there will be a short “wash up” period to clear up outstanding legislation, including the Finance Bill. The British Parliament would then be dissolved on Wednesday, May 3 (25 days before polling). Voters would then go to the poll by June 8.