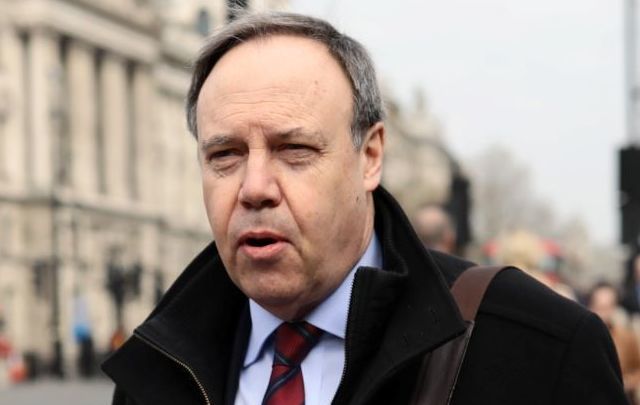 Nigel Dodds is urging his fellow MPs to heed the PSNI's warning of unrest in Northern Ireland in the wake of the pending Brexit deal.

Addressing Brexit secretary Stephen Barclay, Dodds, who is the deputy leader of the Democratic Unionist Party (DUP), said in Parliament on Thursday: “You are really in danger here of causing real problems with the Belfast agreement, the St. Andrew’s agreement, the political institutions, and political stability in Northern Ireland by what you are doing to the unionist community.”

“Please wake up and realize what is happening here," Dodds added.

Dodds pointed to PSNI Chief Constable Simon Byrne’s comments on BBC where he said: "It's well-rehearsed that any hard border between Northern Ireland the Republic will be seen as a return to state institutions by the nationalist community and it will raise the threat of attack towards infrastructure.

Byrne said that if the Brexit deal impacts the union, "you can anticipate a lot of emotion in loyalist communities and the potential for civil disorder. Similarly if things go a different way, you can see a rising of emotion in the nationalist community a similar threat.

"There are a small number of people in both the loyalist and nationalist communities that are motivated by their own ideology and that have the potential to bring violence back on to the streets.

"We need to make sure that we're in a position to thwart that sort of behavior with the support of the communities and all parts of Northern Ireland."

Dodds's party colleague MP David Simpson said in Parliament that Northern Ireland is being used as the "sacrificial lamb" in the current iteration of the Brexit withdrawal agreement.

Similarly, DUP MP Jim Shannon said: “the withdrawal deal is absolute rubbish, I used the word ‘codswallop’ before, that’s exactly what it is."

Dodds called for more consultation: “We need to put our heads together and look at a way forward for a way we can solve this problem.”

He added: “Don’t plow ahead regardless, I urge you.”