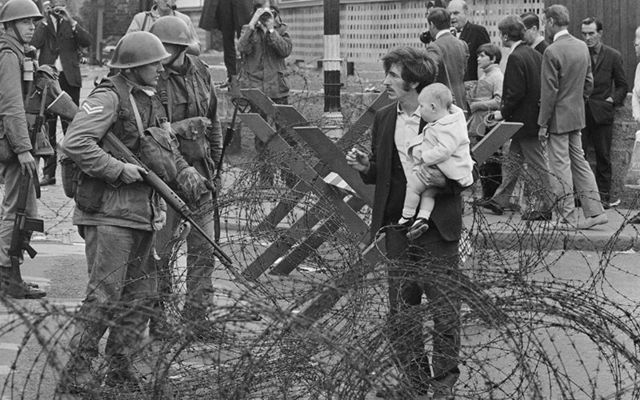 Soldiers and civilians in Northern Ireland during The Troubles, 16th August 1969

Northern Ireland will return to violence warns United Nations Educational, Scientific and Cultural Organization (UNESCO) Chairs, as there is an increasing likelihood of a hard border created by no-deal Brexit, caused by the British Government’s U-turn on the backstop, or a rushed border poll. The report states the only question in both scenarios is the scale of the violence.

Research, based on a recommendation of the first report in the history of the Dáil (Parliament) and the Senate, on uniting Ireland highlights there will be a return to violence in Northern Ireland as a result of a hard border due to a no-deal Brexit and/or a rushed border poll.

The research was conducted by Senator Mark Daly in conjunction with UNESCO Chairs, Professor Pat Dolan and Professor Mark Brennan, with input from Michael Ortiz, who served as the first United States diplomat on the issue of Countering Violent Extremism in the US State Department during president Barack Obama’s administration.

Senator Mark Daly said, “Fifty years ago this week we saw a return to violence on this island and the introduction of British troops to the streets, 50 years later this must be prevented at all costs.” 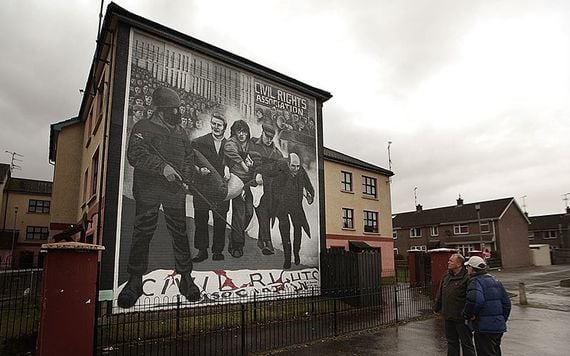 A memorial to Bloody Sunday, at the Bogside, in Derry.

The report was first released in February when the deadline for the United Kingdom leaving the European Union was six weeks away. The new research concludes, that a hard border materializing due to a no-deal Brexit, would trigger a return to violence in Northern Ireland.

All indications are that without direct efforts to engage youth and citizens of all backgrounds, there will also be a return to violence in the event of a rushed border poll on the island of Ireland. The only question in both scenarios will be the scale of the violence.

Senator Daly commented “This research and report, we have complied, identifies and highlights the responsibility of the UK government to stand by the backstop that they agreed to. This will ensure that the peace process on this island is not jeopardized by a no-deal Brexit related hard border. The EU need to ensure there is no return to a hard border in light of the facts outlined in the UNESCO chairs report.”

The research highlights the issue of “loss of memory of harm”, among the “Agreement Generation”, a term which applies to the generation born just before or since the 1998 Good Friday Agreement. This generation has no first-hand knowledge of the horrors of conflict and some will have been given a romanticized account of The Troubles. 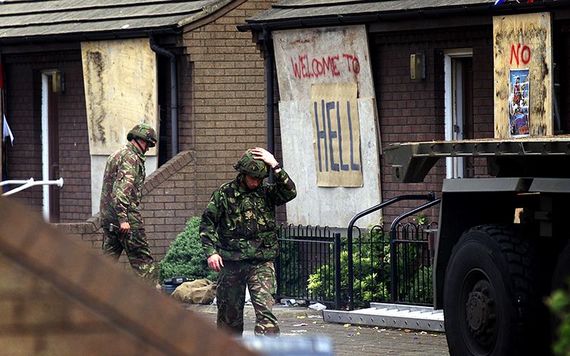 Those born after 1994 have no memories of the Troubles in Northern Ireland.

The research also emphasizes the serious problems facing the present generation, especially those who live in the most disadvantaged loyalist and republican areas.

Professor Dolan points out “Firstly, at the height of the Troubles in Northern Ireland most young people were not involved and were peaceful by nature. Secondly, the human harm and damage that can be done by a small population of dissident youth from either or both communities can lead to massive harm to people up to and including tragic death. So, this is not a simple matter of scale.”

Professor Brennan commented “we argue that where children (and youth) are being supported by adults to willingly or unwillingly become involved in acts of violence in the North, that this is a violation of their human rights under the United Nations. Such instances could and should be referred to the UN Monitoring and Reporting Mechanism on child and Armed Conflict.” 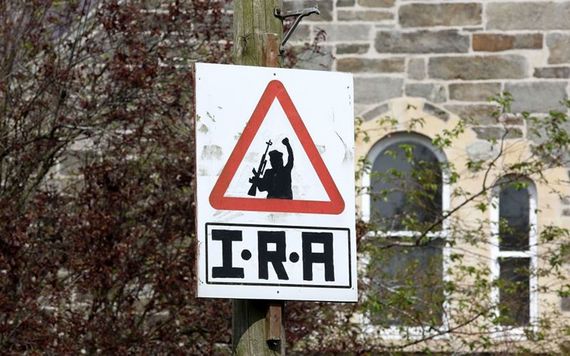 The research highlights the fact that a key element in preventing violent extremism is the role of community-level leadership, which can counteract the emergence of violence by providing a space for interaction between different traditions.

However, it stresses that in some areas of Northern Ireland some of those vital community leaders are the ones involved in the radicalization of the youth – and that this critical issue must be tackled as a matter of urgency.  It must also be noted that Professors Dolan and Brennan acknowledge the positive work done in Northern Ireland by many individuals, groups, schools and civil society organizations. 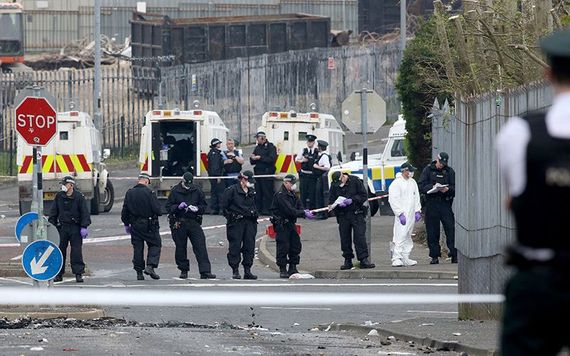 Police investigating the crime scene where Lyra McKee was murdered by the IRA in April 2019.

The Professors state in the report “In anticipation of a future referendum on unification and a new Ireland, regardless of when this emerges, program and policymakers need to establish a basis for cross-society interaction, integrated schooling, and integrated existences (housing, work, and other settings). It is only through this sort of interaction, communication, and experience sharing that all sides realize common, general needs as well as the fact that they have nothing to fear from the ‘other’ side.”

In the report, Michael Ortiz outlines how a return to violence can be prevented in advance of a border poll. He writes “Ireland and Northern Ireland have long struggled with terrorism but have made tremendous progress in recent years. As leaders across the island grapple with the concept of a United Ireland, it is important to consider the ways, in which future violence could be prevented, including the strengthening of counterterrorism and law enforcement efforts, supporting civil society organizations, and religious and educational institutions, and providing citizens with the tools they need to intervene during the radicalization process.”

* This research is based on one of the recommendations in the report adopted by the Parliamentary Committee on the Implementation of the Good Friday Agreement, “Brexit and the Future of Ireland, Uniting Ireland and Its People in Peace and Prosperity”  compiled in 2017 by Senator Mark Daly.

The full report ‘Northern Ireland Returning to Violence due to a Hard Border as a result of  Brexit or a Rushed Border Poll: Risk to Youth can be accessed here.