The Irish American Democrats are honoring Representative Richie Neal with a Lifetime Achievement Award during an event in Washington, DC on October 16. 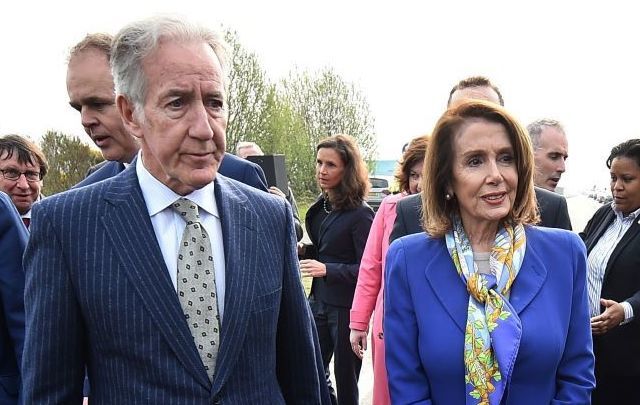 Representative Richie Neal and Speaker of the House Nancy Pelosi during their visit to the Northern Irish border earlier this year. Getty Images

Speaker of the House Nancy Pelosi will present Congressman Richie Neal with the Irish American Democrats' annual Lifetime Achievement Award at an event in Washington DC on October 16th.

Save the date! Join the Irish American Democrats as we present the lifetime achievement award to our friend and champion...

The presence of Pelosi, one of the most sought after speakers in America, a woman at the very heart of the impeachment crisis, is a major coup for the Irish American group.

Importantly, Pelosi’s presence again reinforces her vital support for Ireland in the matter of Brexit.

Irish American Democrats Chairman Stella O’Leary stated her group was delighted and privileged to have Nancy Pelosi present to such a great supporter of Irish America and Ireland as Richie Neal, Chairman of the powerful Ways and Means Committee.

Neal has been very influential in ensuring that leading figures in the Democratic Party such as Speaker Pelosi have spoken up in support of the Good Friday Agreement in the Brexit debate.

He accompanied Pelosi on a trip to the Irish border in Ireland earlier this year. 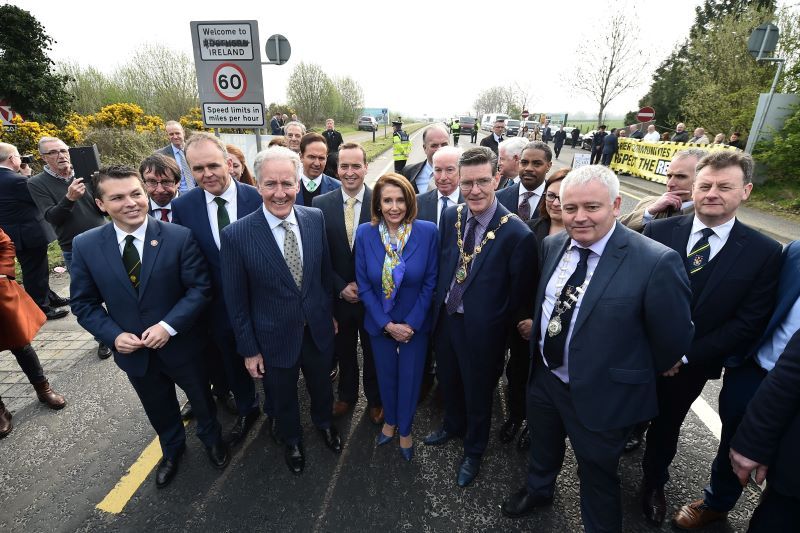 Read More: Nancy Pelosi's Derry visit is a vote of confidence in bringing about positive change for City Region

Neal remembered: "On the trip over, I mentioned to Nancy Pelosi my concern that they would try to talk us into avoiding the border. And she said, 'We are going to the border.' And she went, and stood there. She walked across it. And nobody was confused when she was done talking about American foreign policy in relation to Brexit, saying that Congress would block any new trade deal with the U.K. if Britain’s exit from the E.U. threatened the peace in Northern Ireland.

"We were advised that if the North goes [leaves the U.K.], then Scotland will go. And our response was, “It’s self-determination.” The Good Friday Agreement says that there could be a referendum question [on a united Ireland], and the greater number will prevail."

For information on tickets to the event, visit the Irish American Democrats website.