Is this Irish American congressman the most likely to succeed Paul Ryan?

He has been endorsed by the current speaker but will this Californian Republican be able to drum up enough support over the next seven months to clinch the Speaker spot? 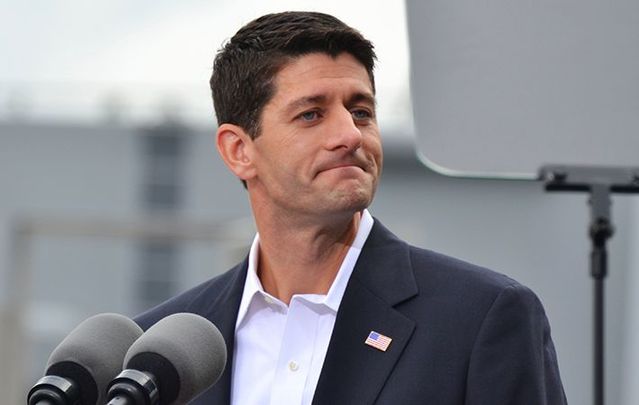 California Congressman Kevin McCarthy is a favorite to replace Paul Ryan as Speaker of the House. What stands in the way of the current Majority Whip becoming the top-ranking Republican in the House?

After losing out to Paul Ryan in 2015 because many in the Republican Freedom Caucus believed him to be too moderate, Republican Congressman and current House Majority Leader Kevin McCarthy is hoping that he will finally find himself with the Speaker’s spot after Ryan’s retirement.

Wisconsin Congressman and fellow Irish American Ryan announced his retirement from Washington D.C. in April 2018 wishing to spend more time with his family, opening up a seven-month campaign stint for those hoping to replace him. While McCarthy has not officially announced that he plans to run for the role, he is thought to have been working over the last few months to convince the more conservative Freedom Caucus that he is not too centrist.

If successful (and if Republicans keep the House), the great-grandson of a laborer from Cork would become the third most powerful politician in America after the President and Vice President.

Read more: Speaker Paul Ryan says he wants to be Ambassador to Ireland

McCarthy’s great-grandfather, Jeremiah McCarthy, was born in Cork in 1843, according to a book by Wallace M. Morgan entitled "History of Kern County California with Biographical Sketches."

McCarthy’s first marriage was to fellow Irish Catholic immigrant (from Sligo) Hattie Walsh, who died an early death. McCarthy then married Mayo native Mary Davron in June of 1898 and continued a labor history would be very familiar to any Irish immigrant of his era.

Ultimately, McCarthy “resigned and retired” from railroading in 1907 to “engage in farming and stock-raising.” He acquired over 600 acres “at Bealville where he has made the necessary improvements for carrying on the raising of hay and cattle, his two brands being the quarter-circle under the figure 3 and a double J with a bar underneath.”

His great-grandson has shown that his family’s own immigrant history has affected his outlook on immigration policy and he is regarded as relatively moderate in this respect.

Although initially refusing to endorse a successor, current Speaker Paul Ryan has backed McCarthy while appearing on “Meet the Press.”

"We all think that Kevin is the right person," he told anchor Chuck Todd.

"I think Kevin's the right guy to step up."

McCarthy could have competition from Louisiana Congressman Steve Scalise, however, the current Majority Whip who has raised a record amount of money for other Republican re-election candidates this year. Scalise, as the third-ranking Republican in the House, would leapfrog McCarthy as the second-ranking Republican if he were to take the top-dog Speaker role.

Scalise has also backed McCarthy, however, despite rumors that he would seek the job himself.

The drawn-out time to allow for Ryan’s replacement to be chosen has been criticised as an unneeded distraction and something that will lessen Ryan’s own fundraising ability as a lame duck Speaker.

McCarthy initially ran for Speaker in 2015 but withdrew just a few hours before the vote because he was not regarded as conservative enough.

Since then, McCarthy has found himself becoming a Trump favorite (the President refers to him as “my Kevin”) and he is one of the most prolific fundraisers for the national Republican Party and GOP candidates — raising $8.75 million so far this year. Scalise also has a good relationship with Trump and Republicans may hold out until the President makes an endorsement himself before deciding how to act.

Who would you like to see as the next Speaker of the House? Did you approve of Paul Ryan? Let us know your thoughts in the comments section, below.