Trump’s enabler the Irish American politician once full of promise delivered little impact and showed no compassion for immigrants. 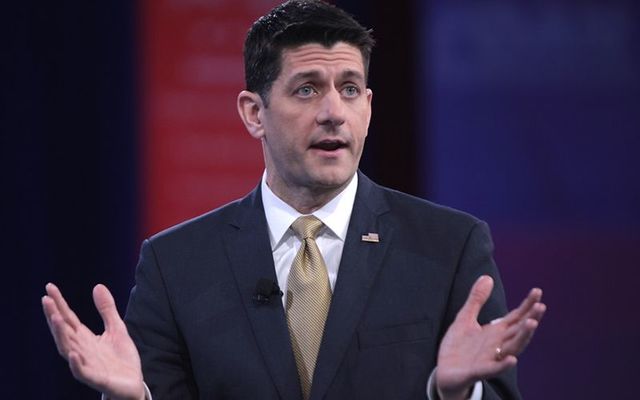 Trump’s enabler, the Irish American politician once full of promise, delivered little impact and showed no compassion for immigrants.

Paul Ryan’s decision to step down as House Speaker by the next election explains a lot of his behavior since President Donald Trump was elected.

Ryan never seriously challenged Trump, even in his madder moments, sending a clear message, along with Senate Majority Leader Mitch McConnell, that Congress would be compliant with whatever the Republican President wanted.

The House Speaker eventually had become a Trump sock-puppet, a plaything for a president who can smell political weakness a mile away.

Ryan was clearly on his way out and that was the most important reality to him.He also knew, given the polls, he would not be speaker after the November midterms. He joins a slew of retiring GOP congressmen and women who see the same writing on the wall.

Why take on the triumphant President on issues such as the DACA immigration policy even though Ryan has long pronounced his support for them.

He never stood up for the Dreamers and his attempts to change Trump's mind had the impact of being savaged by wet noodles.

Ryan simply ducked confrontation and waved off all responsibility helping to create the worst political climate in modern times.

The House Speaker was also always aware of the ticking time bomb of his health. His father and grandfather died in their mid-forties of heart failure. Ryan, it is said, is haunted by that fact.

His wife had clearly seen enough and wanted him home.. He had campaigned for Vice President and failed on the Mitt Romney ticket, in 2012, so the presidency seemed beyond him.

Ryan often talks proudly of his Irish Famine roots and there is no question he had a sincere attachment to his heritage. However, for some reason he never acted on that sense of compassion and care for immigrants he displayed in private.

Many years back when he was a freshman congressman Ryan attended an Irish Embassy reception with wife and baby in tow. He charmed everyone there and was seen as an exciting young politician with a very bright future.

Alas, that never came to pass.

Now he goes down in history as Trump’s enabler a sad title for a once rising star.