Massachusetts Congressman Joe Kennedy has filed the papers to begin fundraising for his potential Senate campaign. 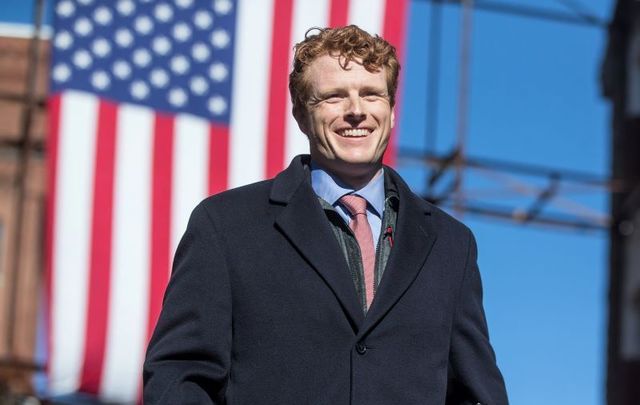 Kennedy would battle it out with Democratic incumbent Senator Ed Markey

Joe Kennedy, who is currently serving his fourth term as a Massachusetts Congressman, finally responded to speculation and revealed on Monday that he is “considering” a Senate run.

Kennedy shared the news on a Facebook post on Monday morning while making it clear that he is still mulling the decision:

Hi everyone -- I hope you're all having a great summer and getting a little break before fall kicks in. I wanted to...

Kennedy wrote: "Over the past few weeks I've begun to consider a run for the U.S. Senate. This isn't a decision I'm approaching lightly and -- to be completely candid -- I wasn't expecting to share my thoughts so soon. Family is my first consideration with any big decision like this. Lauren and I have two little kids under the age of four. We're incredibly lucky to have the support and resources that we do, but like every young family, we struggle daily to balance it all. So we have been taking the time to talk through what an endeavor like this would mean for us, and for Ellie and James, in particular."

He added: "I hear the folks who say I should wait my turn, but with due respect -- I'm not sure this is a moment for waiting. Our system has been letting down a lot of people for a long time, and we can't fix it if we don't challenge it. I've got some ideas on how to do that. And I don’t think our democratic process promises anyone a turn. What it does promise is the chance for anyone to earn it — if we think we have something to offer and are willing to put ourselves and our ideas out there."

As of Tuesday morning, Kennedy's post received more than 41,000 reactions and 9,000 comments.

The Hill also reports that on Monday, Kennedy officially filed papers with the Federal Election Commission, which would allow him to begin raising money to fund his Senate campaign.

Should he decide to run for Senate, Kennedy would be up against incumbent Senator Ed Markey. Markey joined Congress in 1976 and later became Senator in the 2013 special election when Senator John Kerry vacated his Senate seat to become President Barack Obama’s Secretary of State.

Senator Markey intends to retain his seat even in the face of competition. His senior adviser Paul Tencher told The New York Times on August 17: “Ed is not going anywhere. He’s going to run, and he’s going to run no matter who is in this race.” 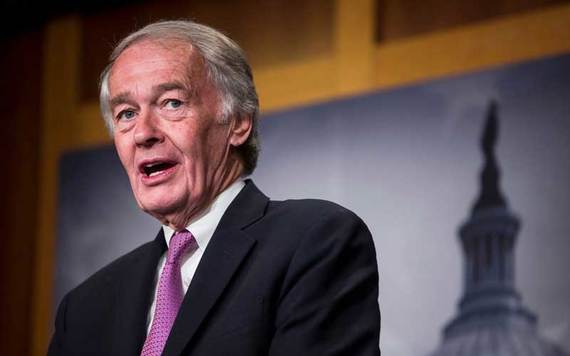 Massachusetts’s other Senator, Elizabeth Warren, is in the midst of a campaign to secure the Democratic nomination for the 2020 presidential election. Should she win the overall election and become president, her Senate seat will open up as well. If she does not become president, Senator Warren will not face reelection until 2024.

"We need Ed Markey in the Senate now more than ever."

Kennedys in the Senate

The Kennedy family are no strangers to the US Senate. Robert F. Kennedy, Joe Kennedy III’s grandfather, served in the New York Senate from 1965 until he was killed in 1968.

John F. Kennedy, Kennedy III's great uncle, served as Massachusetts Senator from 1953 through 1960 and resigned after being elected president.

Edward ‘Ted’ Kennedy, Kennedy III's great uncle, was a Massachusetts senator from 1962 until his death in 2009.

Early support for Joe Kennedy in the Senate

The group's official website says: “We think Congressman Kennedy should run for the United States Senate not simply to oppose any person or because his last name is Kennedy.”

“The Congressman should run because our country is vulnerable, and he has demonstrated that he has the energy, courage, and progressive ideas to fight for the Commonwealth and put our nation on a more just course.”

Do you think Joe Kennedy III should run for Senate in Massachusetts? Let us know in the comments