Joe Kennedy III was reportedly "livid" after Senator Markey's top aide retweeted a message questioning the mental health of the Kennedy family. The aide apologized, saying it was a mistake. 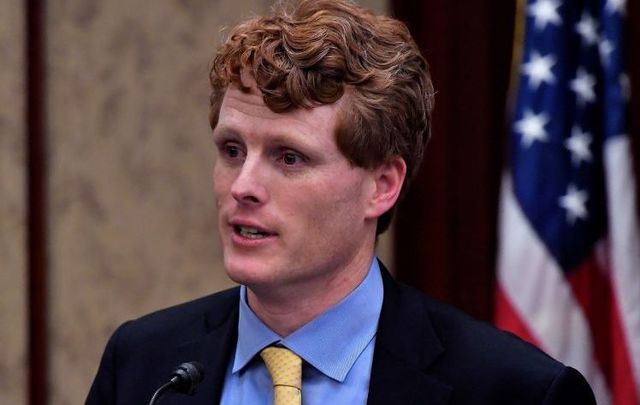 Joe Kennedy III was reportedly "livid" when he learned of the Twitter interactions. Getty Images

As Representative Joe Kennedy III reportedly eyes a run against incumbent Massachusetts Senator Ed Markey, the Senator’s top campaign adviser has apologized for retweeting a message that questions the mental health of the Kennedy family. Kennedy was said to be furious.

@EdMarkey, co-author of the green new deal, is a great Senator. @joekennedy should focus on his family’s considerable mental health issues. https://t.co/Y8bGNJuUiG

Hey @PaulTencher I’m a big fan of both your boss and Joe Kennedy and the classy and humble way they both serve, but that retweet by you is gross, has no place and is a problem. You must know this deep down. #BeBetter

Less than 20 minutes later, Tencher replied to Senator Feeney, claiming his retweet was a mistake:

I absolutely take it back. It was a mistake and I would never have said something like this. My apologies. That tweet was despicable and abhorrent. This person should be banned from twitter.

Similarly, Val Frias, who is the Executive Director at MA PFLAG, called Tencher out in her own tweet that included a screenshot of Tencher "disgraceful" retweet:

Hello it seemed you deleted my apology on your tweet. Thank you alerting me to my mistake. Again: I absolutely take it back. It was a mistake. My apologies. That tweet was despicable and abhorrent. This person should be banned from twitter.

Thank you David. I’m happy to have private conversations with anyone I might have offended. It was a mistake and I’m glad I was alerted to it so I could rectify it. 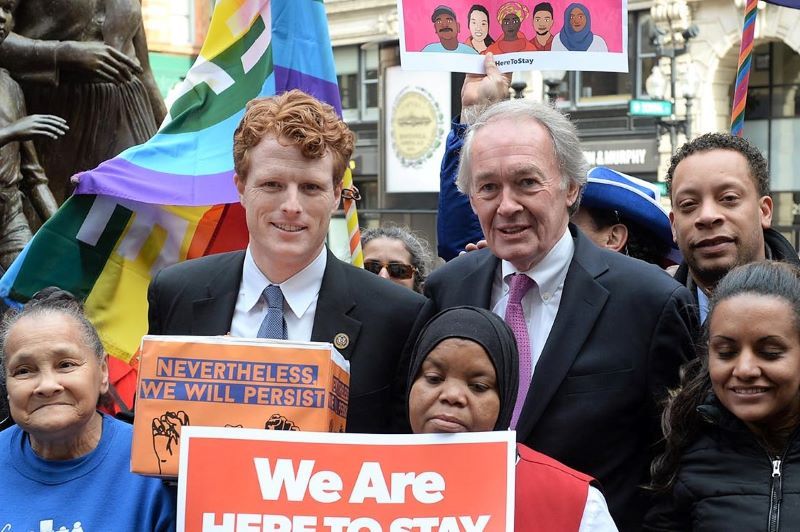 Rep. Kennedy and Senator Markey at a demonstration against Trump's immigration policies at Boston's Irish Famine Memorial in 2017 (Getty Images)

Joe Kennedy was reportedly “livid” about the Twitter altercation, The Boston Globe reports. The tweet about the Kennedy family's mental health came the same month Joe Kennedy was a pallbearer at his 22-year-old cousin Saoirse Kennedy Hill's funeral.

An aide to Kennedy confirmed to The Boston Globe that Senator Markey called Kennedy to apologize.

Senator Markey said in a statement to The Boston Globe: “To show such insensitivity for those experiencing mental health issues is extremely offensive to me.”

“This action by a member of my campaign is unacceptable. It in no way reflects my commitment to the issue of mental health treatment and the eradication of stigma that so many families suffer. I deeply apologize to Congressman Kennedy and his entire family.”