Joe Biden has been inspired throughout his life by fellow Irish Catholic Democrat, the late President John F. Kennedy. 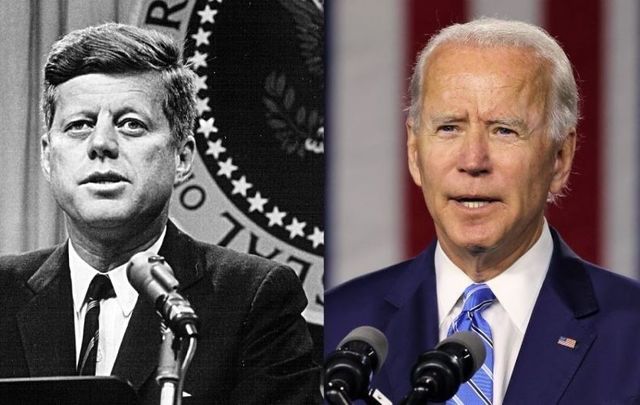 Joe Biden announced himself very specifically during the first debate as an “Irish Catholic” from Scranton, Pennsylvania, one of the most Irish towns in America.

In 1960, another Irish Catholic, from another overwhelmingly Irish town, Boston, was also running for president.

The comparisons between Biden and JFK are many. As Fredrik Logevall wrote in a recent essay for The Times, JFK “casts a long shadow” over Joe Biden.

It is fair to say that JFK's dazzling style cast a long shadow over many American politicians. Bill Clinton and John Kerry, for instance, openly imitated his familiar gestures. Clinton places the beginning of his political ambition on the day he met JFK at the White House when he was a member of Boys Nation, a High School civics club.

Biden, too, was deeply stirred by Kennedy. He describes how every Sunday in Scranton back in the fifties, his family and relatives would gather to discuss American politics after a hearty lunch.

The men went to one room, with Biden tagging along, and the women to another. Young Kennedy, a rising star back then, was often discussed, and Biden never forgot the esteem JFK was held in by his elders.

Irish Catholics were still seen by many as an alien force in American society at the time. It would take Kennedy to smash the stereotype. Biden was deeply influenced to enter politics by Kennedy’s extraordinary rise despite many detractors.

He has stated the Civil Rights Movement and the presidency of JFK were his earliest political influence.

“During my adolescent and college years, men and women were changing the country — Martin Luther King, Jr., John F. Kennedy, Robert Kennedy — and I was swept up in their eloquence, their conviction, the sheer size of their improbable dreams,” Biden said. 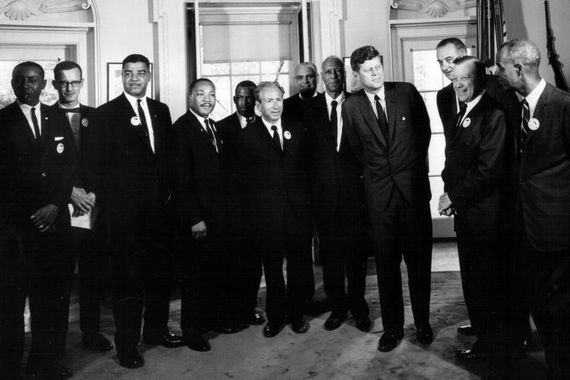 Biden especially admired Kennedy’s ringing statement when his Catholicism was attacked how he made no apology for his religion and made clear where he worshipped was separate from his political identity.

Both men grew up in deeply religious homes. JFK’s mother Rose was a fervent Catholic who instilled the importance of religion in all her brood. Likewise, Biden saw the church as a great and noble presence in his life, especially the Irish Catholic nuns who taught him. He found the church to be a crutch to lean on during several tragedies.

Both men also experienced dark personal blows as young men. For JFK, it was the death of his brother Joe on a World War 2 bombing mission and his sister Kick in a plane crash during the same war. There was also his sister Kathleen who was mentally challenged and who had been brutally lobotomized by his father.

Through such tragedies, both men learned to have great empathy for others who suffered, a hallmark of both John F. Kennedy's and Joe Biden’s political careers

JFK was tested by Cuba and the missile crisis early in his presidency, perhaps the most serious crisis ever in America apart from the withdrawal of the South from the Union which faced Abraham Lincoln in 1860.

Biden, if elected, will face a dystopian tragedy of his own - the coronavirus and more than 225,000 Americans dead, a figure that is steadily growing, a sobering and massive task he will have to undertake to remedy.

There is talk of a program similar to President Roosevelt’s New Deal which was enacted to respond to The Great Depression.

Biden can also look to Kennedy for example of going big.

JFK’s expansive vision of the mighty potential just ready to be unleashed in the US was personified in his speech challenging the American space program to reach the moon within the decade.

Think big was JFK's undertone, and if Biden is elected, he will find himself in that familiar territory as he faces down the coronavirus threat as well as a surging economic depression.

Both men are also united through their love for Ireland. Kennedy’s 1963 visit was the single most emotional event to occur on Irish soil for millions of Irish.

It is doubtful that any potential president, with the exception of JFK, enunciated his pride in heritage more before trying to win the top office.

As election day draws near, and the national polls appear to favor him, the inspiring vision of JFK will surely help shape Biden’s handling of the many crises he would face if elected. It would be a tough and slow haul, but the ghost of fellow Irish Catholic JFK will surely be urging him on.