Irish politicians received a crime-prevention information sheet from gardaí after two politicians had 'excrement' thrown at them in Co Galway. 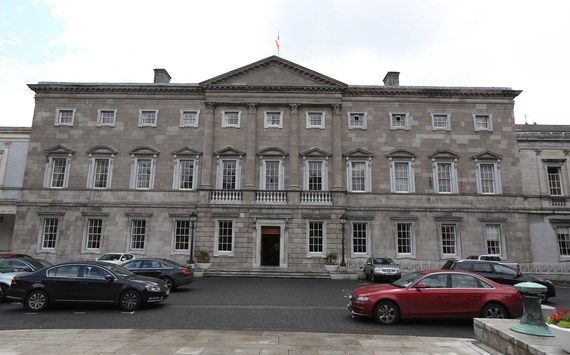 Irish politicians have been advised to be “street-wise” for their own safety, including holding constituency clinics in buildings that are otherwise empty.

They have also been told in an advice pamphlet issued on January 9 to wear comfortable shoes so they can move quickly if the need arises.

The advice sheet from gardaí was circulated by the clerk of the Dáil after bags of manure were thrown at junior Minister Anne Rabbitte and Fine Gael TD Ciaran Cannon at a public meeting in Gort, Co Galway, last week.

The two were attending a local community meeting to discuss the decision for an industrial biogas facility at the edge of Gort town when a protesting farmer threw bags of cow dung at them.

The new advice issued this week suggests that planned visits to the homes of constituents could instead take place in public places. If a home visit is taking place, politicians are advised to tell a “responsible person” where they are going and what time they are expected back.

The Irish Times reports that the advice also says to “avoid meeting in the kitchen” as it provides “many possibilities when it comes to dangerous weapons that are best avoided.”

Gardaí said “thankfully” there had been “very few major incidents” involving violence towards local or national politicians, “although when attacks do take place they are widely publicized.”

The clerk of the Dáil said sanction of the minister for public expenditure and reform had been sought for the introduction of financial contribution towards the cost of security measures implemented by members on the advice of An Garda Síochána.

The clerk said, “We are continuing to pursue this matter with the department and when a response is received we will be in contact again.”

Politicians have previously spoken out about fears for their safety, with one survey showing that 31 senators and TDs have been threatened in the course of their work.

There is concern in political circles about more protests being staged outside the homes of senior politicians, including those of Varadkar, and ministers Simon Harris and Stephen Donnelly.

In September 2020 a smoothie was thrown over Varadkar in Dublin’s Merrion Square. In 2019, Sinn Féin TD Martin Kenny’s car was burned out after he spoke out in support of accommodating asylum seekers in Ballinamore, Co Leitrim.