Irish politicians claim bag of excrement thrown at them in Galway

Gardaí are investigating after Irish politicians TD Anne Rabbitte and TD Ciaran Cannon claim a bag of excrement was thrown at them at a meeting in Gort, Co Galway. 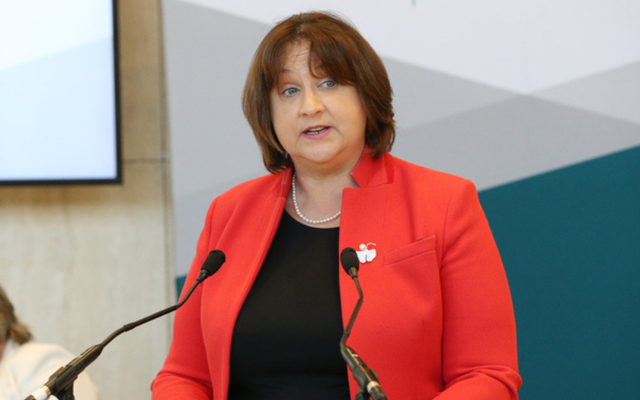 Two Irish politicians, TD Anne Rabbitte and TD Ciarán Cannon, claim that a bag of excrement was thrown at them at a meeting in Co Galway last night, January 4.

"Attended a meeting tonight and a bag of sh.t thrown a me and my government colleague !!!" Rabbitte said in a tweet on Wednesday night.

So an idiot goes to the bother of putting excrement (human or animal, yet unknown) into two bags and throws one at me and one at Anne. All part of the job you might say, but I can understand why fewer people want this job. #politics https://t.co/3XS9EvL98y

RTÉ reports that a gardai inquiry is underway after Wednesday's incident.

Cannon told RTÉ News at One on Thursday: "What it does is give me concern around the whole profession of politics."

"While last night wasn't a particular serious incident, it is part of a cumulative chipping away at our democracy," he said.

"I would argue at the very precious part of Irish democracy whereby our public representatives, our ministers, our Taoiseach, our Tánaiste, can move safely and freely about our towns and our villages and I think that's under threat.

"That's essentially the message I took from last night."

Cannon said he believed the attack was "premeditated."

He continued: "One gentleman at the very beginning of the meeting took it upon himself to launch into a tirade essentially accusing Minister Anne Rabbitte and I of being culpable in granting this planning permission and then proceeded to take two bags, of what I now know to be cow dung, out from his pocket, walked over to me, threw one at me and then as he returned to his place in the room, he threw the other at Minister Anne Rabbitte.

"And then he left the meeting and returned shortly thereafter to stand in quite close proximity to Minister Rabbitte for the remainder of the meeting."

Meanwhile, a number of politicians from across different parties responded, slamming the incident as "disgusting" and "disgraceful."

"So sorry to hear this Anne, this is so wrong. Hope you are ok," Sinn Féin's Kathleen Funchion tweeted.

"Solidarity with my government colleague Anne Rabbitte, who was doing her job, as she does every day with compassion and commitment. What a disgusting thing to do. We can’t allow anybody be treated like this — I hope the perpetrator is identified and prosecuted," Hackett wrote on Twitter.

Dublin Green Party councilor Hazel Chu described the incident as "disgusting act of cowardice" and said, "assault should not be tolerated."

Claire Hanna of the SDLP said: "So sorry this happened to you Anne, hope you’re okay."