The Killarney hotel where the alleged stabbing occurred on January 1 is temporarily being used as a provision centre for some 400 international protection applicants. 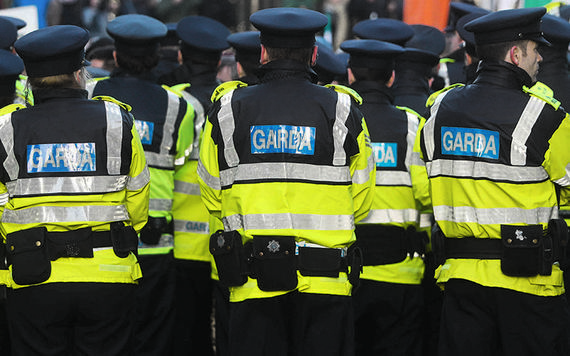 Eight men have been arrested and charged after what gardai described as a “public order incident” occurred at a hotel in Killarney, Co Kerry on January 1.

According to Radio Kerry, all of the accused are asylum seekers and had been living at the Killarney hotel which is being used as a temporary direct provision centre where the incident occurred. Four of the men are Algerian while four are Georgian.

All were charged with violent disorder, while Mekhazni was additionally charged with one count of production of a knife, capable of inflicting serious injury.

Gardaí so far believe all the injuries sustained were from one person with a knife, the court heard on Tuesday. A knife was found at the scene and forensic evidence was awaited.

“It started with a small number of Algerians being set upon by a much larger group of Georgian men,” Ahern said in court, adding “my client did not instigate this.”

Seven of the accused were granted bail under conditions including that they leave Killarney and reside at gardai-approved residences, while Mekhazni was remanded into custody.

While eight people were arrested and charged, Ahern reportedly said in court on Tuesday that "four to five Algerian men and between 10 and 15 Georgian men" were involved in the incident.

All persons who received medical treatment following the incident have since been released from hospital, gardai said.

On Monday, the day after the incident occurred, the Mayor of Killarney Niall Kelleher told RTÉ News at One that the hotel is currently a direct provision centre housing 400 international protection applicants from 13 different nationalities.

“People of Killarney are justifiably angry and concerned in relation to the reports we've heard last night, but two men are in custody and being questioned and I have every faith in An Garda Síochána to deal with the matter.”

Kelleher went on to urge Minister Roderic O'Gorman and IPAS (International Protection Accommodation Services) to "look at" the situation.

The hotel where the incident occurred is set to reopen for tourist bookings from May, Kelleher said.