Ireland's Prime Minister Leo Varadkar has condemned a firebomb attack on the property of a Sinn Fein representative defending the rights of immigrant asylum-seekers as an “attack on democracy.” 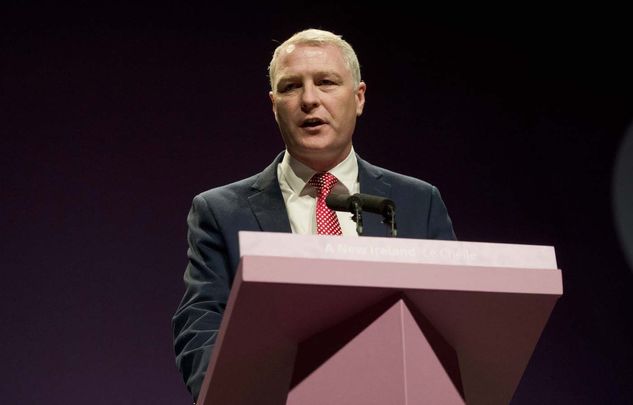 Sinn Fein Martin Kenny, whose car was fire-bombed outside his home, following his defense of immigrants. RollingNews

Ireland's Prime Minister Leo Varadkar has condemned a firebomb attack on the property of a Sinn Féin representative defending the rights of immigrant asylum-seekers as an “attack on democracy.”

An Taoiseach (Prime Minister) Leo Varadkar spoke out after the attack on the car of an Irish politician, Martin Kenny in the driveway of his home in County Leitrim.

Varadkar said, “In a democracy, there is no excuse for violence or vandalism to pursue political aims. Ever! Indeed, it is an attack on democracy itself.”

Justice Minister Charlie Flanagan said he was “appalled” by the targeting of the property of Kenny who is his own party’s justice spokesperson.

Sinn Féin leader Mary Lou McDonald condemned what she said appeared to have been a “very deliberate and targeted attack” which she described as a “deeply serious and sinister development.”

Kenny told his local radio station last week that he had received death threats after he spoke out in the Dáil against those on the far right who are “whipping up hysteria” about asylum seekers.

Kenny first highlighted concerns when locals in Ballinamore, his home town with a 910 population, protested outside an apartment complex earmarked for 130 asylum seekers. He had supported proposals to accommodate asylum seekers in the area.

He warned of a “far-right ideology that is being peddled in this country” about asylum seekers. He told the Dáil that “fear-mongering discussion about being overrun has become common and acceptable language.”

He also made a passionate plea, telling his fellow politicians that they have an obligation to stand firmly against racism.

Gardaí are investigating the arson attack on the car and have asked anyone in the area who may have witnessed suspicious activity, or who has dash-cam footage, to contact them.

The Ballinamore Community Group, which has been protesting peacefully outside the apartment building where it was planned to accommodate asylum seekers, denounced the incident but said it would continue to demonstrate.

The Ballinamore demonstrations follow protests earlier this year against direct provision accommodation (as the proposed centers are called) in Oughterard, Co Galway, and Roosky on the Roscommon-Leitrim border where an empty hotel planned as a center was twice set on fire.

The car attack outside Kenny’s home earlier this week followed the death threat last week in a text message that claimed he was a “traitor.”