Both the President of Ireland and the Taoiseach were among the Irish politicians who congratulated Irish American Joe Biden upon his inauguration. 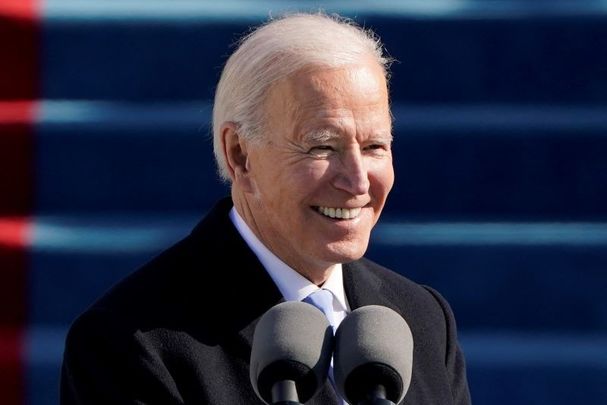 January 20, 2021: US President Joe Biden speaks during his inauguration on the West Front of the US Capitol in Washington, DC. Getty Images

Joe Biden, a proud Irish American, was officially sworn in as the 46th President of the United States today, January 20.

Michael D. Higgins, the President of Ireland, shared a letter issued to the new President of the United States.

President Higgins, who said he and his wife Sabina look forward to again welcoming Biden to Ireland, wrote in part: "The US has been a true friend to Ireland in so many ways.

"Your own friendship and support for so many years has been invaluable. Ireland, of course, has made its most valuable contribution to your great land by providing so many of our daughters and sons. The descendants of some turned out to be rather fine Presidents!"

"There can be no greater honour than to be given the trust of one's fellow citizens to lead."

President Michael D. Higgins has written to President Joe Biden, offering his "heartfelt congratulations" as @JoeBiden assumes the office of President of the United States. pic.twitter.com/grdf6hBVYN

Noting Joe Biden's Irish ancestry, the Taoiseach said in a statement: “As he [Biden] takes the oath-of-office, I know that President Biden will feel the weight of history – the presence of his Irish ancestors who left Mayo and Louth in famine times in search of life and hope.

“He will remember their descendants’ hard struggle as they made their way in and their contribution to the United States. It is the story of Irish-America.

“I hope he will also be conscious of the great pride we in Ireland take in his immense achievement. He is one of us, part of our global family."

Also, a historic day as @KamalaHarris is sworn in as the first woman Vice President of the USA. I wish her and President Biden every success in meeting the challenges ahead.

#Ireland takes great pride in inauguration of @JoeBiden as US⁦⁦⁦President. We hope to welcome him to his ancestral home early in his Presidency. He has always been a friend to Ireland & we look forward to working with him on strengthening Irish/US relations & much more. pic.twitter.com/YET6XysuTX

Daniel Mulhall, Ireland’s Ambassador to the US, was on hand for the inauguration events in Washington, DC today:

At #USCapitol for #BidenHarrisInauguration. Honoured to be here representing my country to witness the inauguration of a proud Irish American as the 46th US President pic.twitter.com/bODSt4T0fS

Arlene Foster, the First Minister of Northern Ireland, offered her congratulations to both President Biden and Vice President Harris:

We send our congratulations to @JoeBiden on being sworn in as President of the United States & to @KamalaHarris as the first female Vice-President. The USA is a very important friend to Northern Ireland. We look forward to working with the administration.@NI_Bureau | @UKinUSA

There are brighter days ahead for the American people

I look forward to strengthening the friendship between our island & US