Glucksman House Ireland at NYU is hosting a panel of journalists and editors to discuss the 2020 US presidential election this October 27 via Zoom. 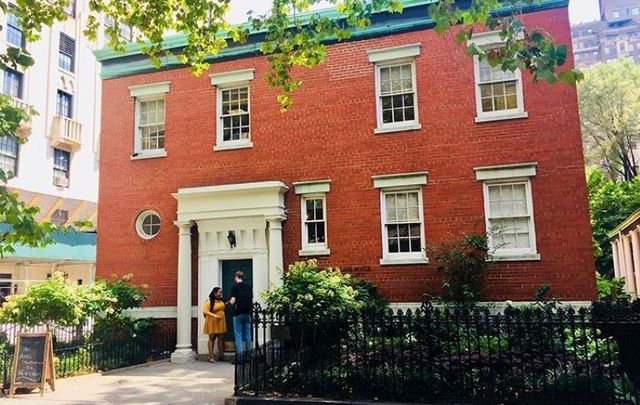 New York University's Center for Irish and Irish American Studies, Glucksman Ireland House, will host a panel discussion on coverage of the 2020 US presidential election this Tuesday, October 27 at 7 pm EST.

The event, which will be hosted virtually via Zoom, is free to attend, but prior registration is required. You can confirm your spot in the Zoom forum here.

IrishCentral will also be featuring the live stream of the discussion here and on the IrishCentral Facebook page from 7 pm EST.

Tim O'Brien, executive editor and columnist for Bloomberg Opinion. O'Brien is an award-winning journalist and author of "TrumpNation: The Art of Being the Donald," the definitive biography of President Trump.

Malachy Browne New York Times: Malachy has led investigations into Russian airstrikes on hospitals in Syria, the Las Vegas mass shooting, chemical weapons attacks in Syria, extra-judicial military shootings in Nigeria, the Saudi officials who killed journalist Jamal Khashoggi in Turkey, and the killing of a young Palestinian medic along the Gaza-Israel border. These and other stories have received a George Polk Award, two News and Documentary Emmys, three Overseas Press Club of America Awards, and Investigative Reporters and Editors Award, a Pulitzer Prize (2020) and a Pulitzer finalist citation (2017).

Suzanne Lynch, Washington correspondent for The Irish Times. Lynch, who is covering the 2020 US Presidential election, began her career as a financial journalist for RTE/Irish Times and has appeared on BBC World, Sky News, and RTE television. She also regularly contributes to radio programmes as an analyst.

Niall O'Dowd, founder of IrishCentral, Irish America Magazine, and the Irish Voice newspaper. O'Dowd has been deeply involved in the Irish American political scene for decades and is a co-founder of "Irish Americans for Biden." His latest book is entitled "A New Ireland--How Europe's Most Conservative Country Became Its Most Liberal."

You can register for the free, virtual event on Tuesday, October 27 here.