"Pretty obvious you will have a hard border" if there's no Brexit deal, says EU official

Margaritis Schinas, spokesman for the European Commission, said there will be a return to a hard border in Ireland if there is no Brexit deal put in place. 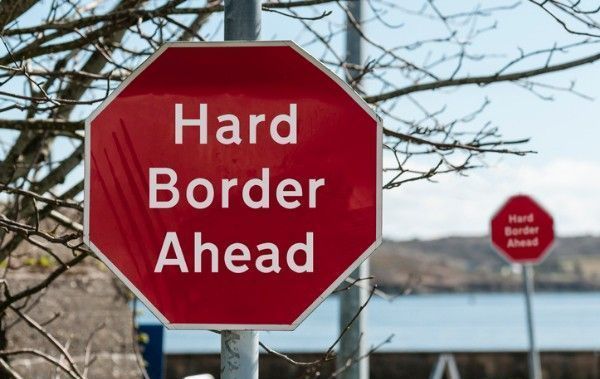 Margaritis Schinas made the comments during a Tuesday press briefing

A European Union official said on Tuesday that it is “pretty obvious” that Ireland will have a hard border in the event of a no-deal Brexit agreement in March.

Speaking to reporters on Tuesday, Margaritis Schinas, chief spokesman for the EU Commission, said: "If you'd like to push me and speculate on what might happen in a no-deal scenario in Ireland, I think it's pretty obvious you will have a hard border.”

"And our commitment to the Good Friday Agreement and everything that we have been doing for years with our tools, instruments, and programmes will have to take, inevitably, into account this fact.”

"So, of course, we are for peace; of course we stand behind the Good Friday Agreement, but that's what a no-deal scenario... [would] entail."

The issue of the border between Northern Ireland and the Republic of Ireland has been a sticking point throughout the entire Brexit process. The Irish government has maintained that a hard border will not return to the island of Ireland.

In response to Schinas’s comments, a spokesperson for the Irish government said on Tuesday: "We will not accept a hard border on this island and therefore we are not planning for one."

"There is a deal to ensure no return to a hard border in any circumstance in Ireland. That deal took 18-months to negotiate and has been ratified by the EU 27 and passed by the British Cabinet. We should keep the focus where it needs to be and that is Westminster deciding what it wants."

"Regardless of Brexit, the British government will always have responsibilities as co-guarantor of the Good Friday Agreement to ensure that, even in a no deal, there will not be a return to a border.”

Taoiseach Leo Varadkar on Tuesday said a no-deal scenario would be a "real dilemma," and that the government remains hopeful the present agreement will materialize.