Outrage at Irish journalist’s “Hoax of the 'Holocaust of Tuam’” planned for conference at Indiana university. 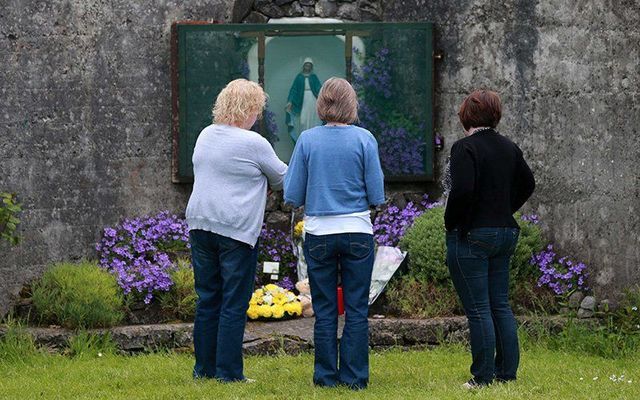 Local women pay their respects at a grotto erected on the site of the mass grave at Tuam, County Galway. RollingNews

Ireland's Minister for the Diaspora and International Development Ciaran Cannon has severely criticized the decision by the University of Notre Dame to host a panel contribution by journalist John Waters entitled “When Evil Becomes Virtual: Cyberspace, Failing Media, and the Hoax of the 'Holocaust of Tuam'.”

The chair of the panel discussion due to take place this Saturday is David Quinn, head of the Iona Institute and Waters is expected to express an opinion that there is no hard evidence of any wrongdoing at the Tuam Mother and Baby Home. 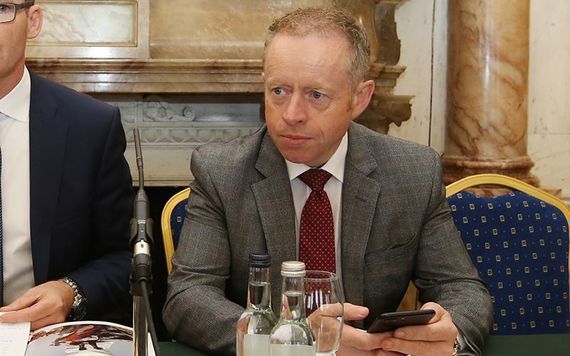 Ireland's Minister for the Diaspora and International Development Ciaran Cannon.

"The very fact that John Waters includes the word "hoax" in the title of his talk is exceptionally hurtful to the survivors of the Tuam Mother and Baby Home, in particular those who have come forward to tell their story.

“This shamefully insensitive re-interpretation of the facts attempts to discount the very real and all too painful experiences of survivors and the details contained in the Expert Technical report. I'm deeply disappointed that a seat of learning as respected as the University of Notre Dame would host such an event", said Minister Cannon.

"The reality is that the story of the Tuam Mother and Baby Home brings us face-to-face with a major aspect of Ireland’s sometimes murky social past in which children were victimized by a society that found it convenient to overlook their existence.

Children photographed in Glenamaddy, in 1924, before The Home moved to Tuam, in County Galway.

“To attempt to put some kind of revisionist gloss on what was an awful reality is simply not right. The facts are as follows. There is documentary evidence of just under 800 infant deaths in the Tuam Mother and Baby Home.

The death rate of babies at the Tuam home was almost double the rate of other homes around the country. Figures from National Archives show that 31.6% of babies under the age of one in Tuam died over the course of one year alone. In addition, no one can question the fact that the bodies of hundreds of these babies were simply thrown into a concrete bunker rather than being given a respectful burial."

"Mr. Waters should also note that Catherine Corless, whose meticulous research uncovered the truth of what happened at Tuam.

Local historian who unearthed the truth at Tuam, Catherine Corless.

“Catherine’s work has given us the opportunity to acknowledge what may be termed ‘Ireland’s forgotten citizens’ and ensures that we can now properly honor the memory of the children in Tuam.

“The views expressed by Mr. Waters seriously undermine his own credibility. The primary aim of every professional journalist should be to report truthfully on events and in this context Mr. Waters should do a little more research and also reflect on the courageous testimony of so many of Tuam's survivors.”