Mother and babies home survivors enraged by John Waters’ “the Hoax of the 'Holocaust of Tuam'” planned lecture. 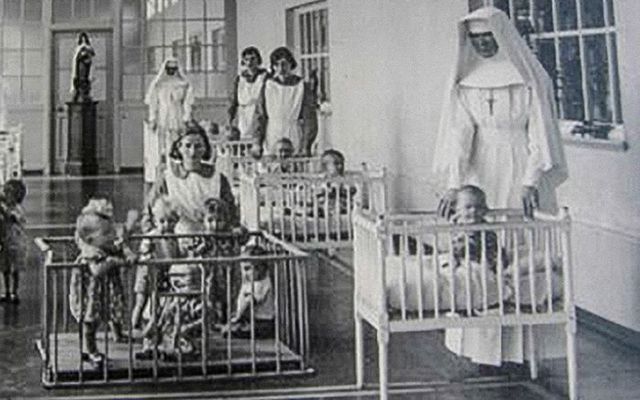 Nuns at the Bon Secour Mother and Baby Home in Tuam, in Galway, overseeing care of babies and young mothers.

Mari Steed was two-years-old when she was adopted from Ireland by a family from Flourtown, PA. Years later, her search for her birth mother exposed the Magdalene Laundries’ terrifying legacy, and Steed is widely credited for her campaign for justice and for the Irish Government’s apology to the Magdalene survivors. She was taken from her mother and sent for adoption in America, allegedly sold for $1,000.

Now she is furious that this weekend the University of Notre Dame is hosting a lecture casting doubt on the scale of the Tuam babies scandal. The lecture will be delivered by John Waters, a well-known right-wing journalist and Tuam babies story doubter.

Visitor pays their respects at memorial built by locals in Tuam, on the site where 800 children were buried in mass graves.

Waters will be speaking at the University of Notre Dame on Saturday, November 11 at the 18th annual Fall Conference.

The title of Waters' talk will be "When Evil Becomes Virtual: Cyberspace, Failing Media, and the Hoax of the 'Holocaust of Tuam.'"

In a similarly titled lecture given in Spain in April, Waters said there was no conclusive evidence that close to 800 babies' remains were found buried in the grounds of the Mother and Baby home in Tuam, Co Galway. 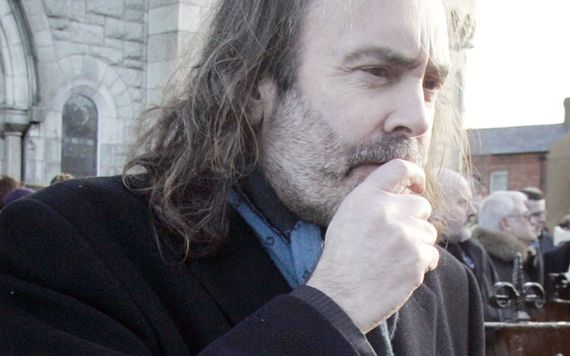 He stated that there had been nothing proven since the original allegation. ”No news, no facts, no change in the evidence and yet this story has gone around the world for the second time in three years as though it were true, as though it were proven.

"There was an orphanage [in Tuam] between 1925 and 1961. During that period, many babies died of natural causes and some of them were buried on the site, it is not surprising if human bones were found there."

Mari Steed disagrees strongly and feels deeply offended that Waters has been given a platform at Notre Dame where Michael Hess, one of the children sold to America, attended college. His mother's desperate search for him was the basis of the hit movie “Philomena.” 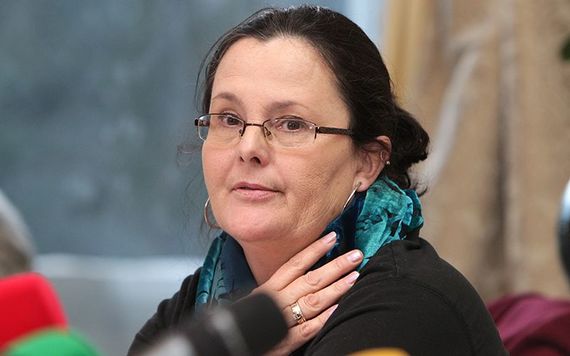 Mari Steed, who was sold by the Catholic church for adoption and now campaigns for survivors.

Steed stated, “Given that Notre Dame is the alma mater of the late Michael Hess (Philomena Lee’s son), and at least one other Banished Baby alum I know, it’s just appalling they would allow the likes of Waters to expound on anything related to Tuam or the wider mother-baby home/adoption history and story.

The other alum (of the orphanage where Michael was left until he went to America) I know, Patrick McDermott, just phoned Notre Dame and was told Waters is 'only going to speak to the viral social media surrounding Tuam.' But given the title of the presentation ('hoax') and Waters’ own issues with hyperbole and truth, I’d say they’re being disingenuous.”

“I called the Center at Notre Dame and gave a detailed complaint, asking why they were not offering a balanced presentation on this. The staffer said Waters was using Tuam to illustrate the role of ‘viral social media.’ I assured her that this speaker was known to overstate through hyperbole (holocaust as an example) in order to grab his own media attention. I went further to say that as an Alum I was very upset to see him accepted as a speaker.

The chair of the session is David Quinn, head of the right-wing Catholic think tank the Iona Institute in Dublin.

Waters also stated in his previous speech in Spain that evidence was utterly lacking in the Tuam babies case.

"Almost 1,000 babies were killed by nuns, this is effectively what is being said, buried in a septic tank in the back, credible or not, it has gone around the world as if it is fact.

"The same story emerged in 2014. No change from the present version except now there is an enquiry which has issued a preliminary report and simply repeated the same allegations. No news, no facts, no change in the evidence and yet this story has gone around the world for the second time in three years as though it were true, as though it were proven.”

Nun's watching over children at a mother and baby home.

However, a commission of inquiry and excavations proved there were large numbers of remains at the site.

As The Guardian reported, 'On March 3rd 2017 a “mass grave” had been fund... Excavations at the site of the former Bon Secours Mother and Baby Home in Tuam, County Galway, have uncovered an underground structure divided into 20 chambers containing “significant quantities of human remains”, the judge-led mother and baby homes commission said.

'The commission said analysis of selected remains revealed ages of the deceased ranged from 35 weeks to three years old. It found that the dead had been mostly buried in the 1950s, when the facility was one of more than a dozen in Ireland offering shelter to orphans, unmarried mothers and their children. The Tuam home closed in 1961.'

Here is a short film made by the New York Times about the mass grave discovery at Tuam:

The Lost Children of Tuam

When will Ireland discover the full truth of the Tuam Mother and Baby home? Learn more about 'The Lost Children of Tuam' and Catherine Corless fight to dignify their remains here: http://irsh.us/2z9Ljn8 Video via The New York Times

Posted by IrishCentral.com on Wednesday, 1 November 2017