"Reality kicked in...Men took no responsibility for pregnancies out of wedlock, and mothers and babies were savagely treated for daring to exist." 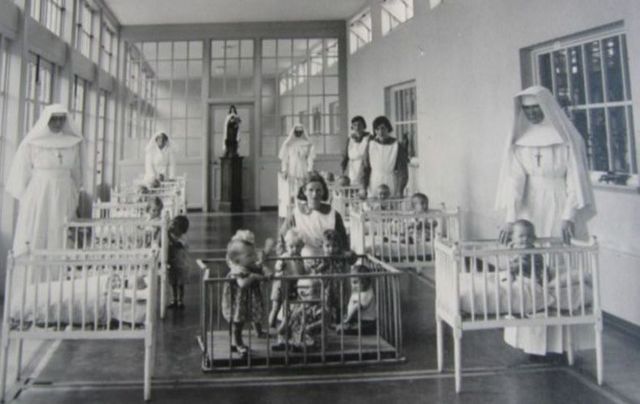 The Bon Secours mother and baby home in Tuam.

The revelations that 796 infants and young children who died and were buried in a sewer pit near a mother and baby home in Tuam, County Galway will not quit.

Dan Barry of The New York Times wrote a 3,000-word piece on Sunday which would have drawn tears from a stone.

It was Pulitzer-Prize winning stuff, a minute tracing of the dreadful events that happened where children actually starved to death while the state and the Catholic Church looked on unfeelingly.

Barry illuminated the heroine of the story Catherine Corless, an amateur historian who remembered the “home babies” as they were called, and wondered why they had just disappeared.

The Lost Children of Tuam

When will Ireland discover the full truth of the Tuam Mother and Baby home? Learn more about 'The Lost Children of Tuam' and Catherine Corless fight to dignify their remains here: http://irsh.us/2z9Ljn8 Video via The New York Times

Posted by IrishCentral.com on Wednesday, 1 November 2017

Corless had her own battles, including major anxiety attacks, local scorn and an unyielding order of nuns who refused to give her an iota of information.

Yet somehow she persevered, a grandmother facing the apparatus of state and every powerful hand against her.

The 1,000 or so children who were illegally adopted to the United States were just the tip of the iceberg. Other children were used in medical experiments. When a child died the body was often sold to a medical institution.

It was not just the Bon Secours nuns, however. The state played a full role in the cover-up. Consider these inspectors reports:

A 1947 report by an official inspector who visited the Tuam home says some of the children were suffering from malnutrition, and 12 out of 31 infants examined were described as being "emaciated and not thriving.”

The report states "The death rate amongst infants is high...the death rate had appeared to be on the decrease but has now begun to rise again. It is time to inquire into the possible cause before the death rate mounts higher."

Nuns oversee children playing at a Mother and Baby home.

Yet the report went on to say, "The care given to infants in the home is good, the sisters are careful and attentive; diets are excellent. It is not here that we must look for cause of the death rate.”

It must have been the fairies who took the babies away then.

An inspection two years later in 1949, conducted by officials from the Galway County Council, reported, “Everything in the home in good order and congratulated the Bon Secours sisters on the excellent condition of their Institution.”

These inspectors should have been sent to Auschwitz where no doubt they would have furnished a positive report on the condition of the inmates and the ideal working conditions.

This was not some horrific crime like the Famine neglect that we could blame on the British. This was de Valera’s Ireland in which an idyllic version of maidens dancing at the crossroads and a simple country life enjoyed by all rural residents was portrayed.

Except reality kicked in.  The dark corners of Irish life intruded where men took no responsibility for pregnancies out of wedlock, and mothers and babies were savagely treated for daring to exist.

It was a country where minds were shut, closed like a steel trap and the most vulnerable of all suffered horribly. It was truly Ireland of the sorrows.