Former envoy for Brexit in Washington says British politicians "do not understand" position on Northern Ireland in the US. 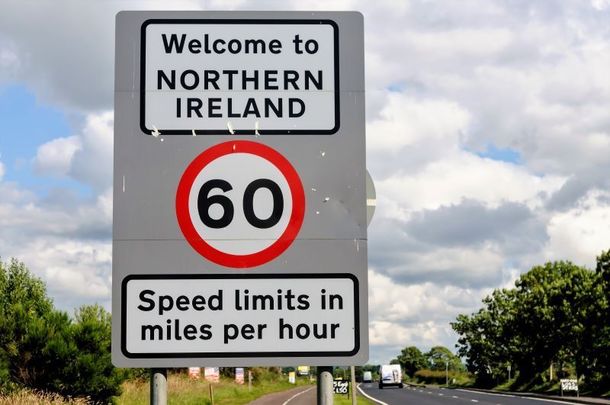 In her first interview since her resignation as lead envoy for Brexit in the British Embassy in Washington, Alexandra Hall Hall has said that British politicians do not understand how their messaging over Brexit and Northern Ireland is being received in the United States and across Europe.

Hall Hall quit her Washington role in Dec 2019 saying she was dismayed at Brexit "half-truths" and the "not totally honest" messages being delivered by the British government to the citizens.

Currently the United Kingdom and European Union are in renegotiations over the Northern Ireland Protocol. The issue has caused border delays as goods must be checked when they cross the Irish Sea.

European Commission President Ursula von der Leyen said, two weeks ago, that US President Joe Biden was supportive of the EU's stand on the Protocol.

Speaking to the Express, Hall Hall said “the prime focus of British politicians was to communicate to the British public about what was going on with Brexit...

She added “Some of the messages that people were delivering in the UK to shore up the sort of a harder form of Brexit, were causing real problems for us here in Washington, or in European capitals.

“It caused problems for our colleagues in the European capitals, because the sort of nastier and more offensive you are about European partners, then the less goodwill there is, when you're in the negotiating room with them.

“And for us here in Washington, you know, it was a sort of a mixed message, because we'd be saying: ‘but of course, we're going to say good friends and partners with the EU, even after we've left’.”

Hall Hall has 33 years working for the Foreign Office, including a stint as the ambassador to Georgia from 2013 to 2016, before heading to Britain’s embassy in Washington DC.

In a lengthly article, released in October this year, Hall Hall said "most damagingly" the British government had "downplayed the consequences of Brexit for the delicate peace process in Northern Ireland, in which the United States was a core stakeholder, having helped to broker the Good Friday Agreement".

"A low point for me was when I heard a senior British minister openly and offensively, in front of a US audience, dismiss the impact of a 'no-deal' Brexit on Irish businesses as just affecting 'a few farmers with turnips in the back of their trucks'," she wrote.

Speaking of her DC role, before her resignation, Hall Hall told the Express "We would go back to London all the time saying the Irish American issue was the most politically sensitive and very, very difficult.

“And, of course, officials at the Foreign Office and across government really understood it and we did have good communication at an official level. It was getting ministers to understand and ministers to engage.”