Boris Johnson gets approval to suspend Parliament ahead of Brexit deadline 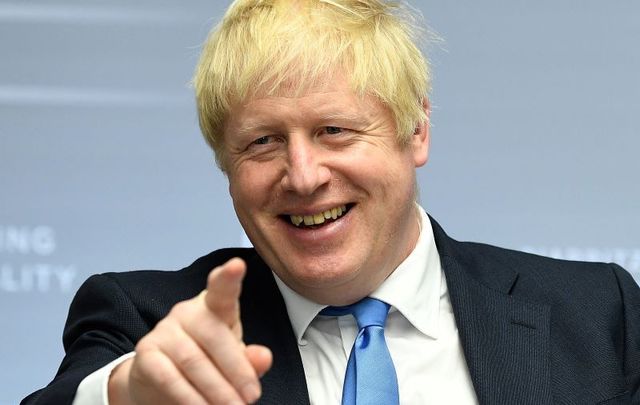 Boris Johnson has received approval to suspend British Parliament for five weeks ahead of the Brexit deadline of October 31.

On Wednesday, Prime Minister Johnson received Queen Elizabeth's approval to “prorogue,” or close, Parliament in order to, as he wrote in a letter to members of Parliament, prepare “a new bold and ambitious domestic legislative agenda for the renewal of our country after Brexit.”

British Parliament will officially be prorogued from no earlier than September 9 and no later than September 12 until October 14, drastically cutting the time available for UK lawmakers to finalize a deal on Brexit.

While proroguing Parliament isn't necessarily unusual, critics have slammed Johnson’s move given the fact that Brexit is so close with no agreement in place.

Johnson, who became Prime Minister in the wake of Theresa May's resignation, has previously made it clear that he intends to "deliver" Brexit on October 31, deal or no deal. The main sticking point of the Brexit Withdrawal Agreement impasse is the backstop, the mechanism to prevent a hard border returning to the island of Ireland, which Johnson calls "undemocratic."

The UK's response to prorogation

As of Wednesday afternoon, more 650,000 people have signed a petition to not have Parliament prorogued.

Jeremy Corbyn, leader of the UK Labour party, slammed Johnson’s move as a “smash and grab on our democracy in order to force through a no-deal Brexit:"

John Bercow, House of Commons Speaker, said in a statement that prorogation ahead of Brexit is a "constitutional outrage."

"However it is dressed up, it is blindingly obvious that the purpose of [suspending Parliament] now would be to stop [MPs] debating Brexit and performing its duty in shaping a course for the country."

Bercow added: "Shutting down Parliament would be an offense against the democratic process and the rights of Parliamentarians as the people's elected representatives."

"Taking back control" has never looked so sinister. As a fellow parliamentarian, my solidarity with those fighting for their voices to be heard.

 @NicolaSturgeon: “Shutting down Parliament in order to force through a no-deal Brexit, which will do untold and lasting damage to the country against the wishes of MPs is not democracy, it’s dictatorship." pic.twitter.com/lRMV0vfl7m

Coveney said: "The ratification of the Withdrawal Agreement, including the now-famous backstop, cannot simply be renegotiated. Even if we wanted to do that, which we don't, we can't do it in six or ten weeks."

Barclay, however, later tweeted that "the backstop has to go:"

We're committed to no infrastructure on the NI border, and there are practical alternatives. But as I told  deputy PM @SimonCoveney at Irish Embassy in Paris today, the backstop has to go. We stand ready to work with our neighbours to deliver alternative arrangements pic.twitter.com/l7gW3Ymlpl

Barclay further told reporters: “People voted for the Brexit and it is important for democracy that we deliver."

“We understand the need to protect the integrity of the single market, but it is our firm view that the Irish border issue should be dealt with in the talks on the future agreement between the UK and the EU. And we are ready to negotiate in good faith on that basis.”