The American Irish State Legislators Caucus aims to ensure that US state legislators understand Ireland and issues such as Brexit, trade, and the Good Friday Agreement. 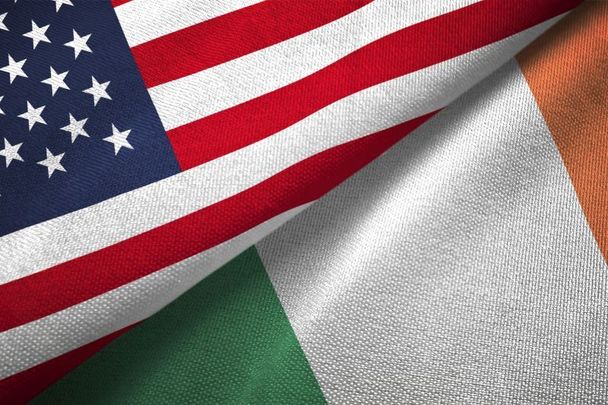 Senator Mark Daly, who is Cathaoirleach of Seanad Éireann, helped launch the American Irish State Legislators Caucus in the US. Getty Images

The US launch of the American Irish State Legislators Caucus was held in Tampa, Florida at the National Conference of State Legislatures (NCSL) Summit on Wednesday, November 3.

The aim of the American Irish State Legislators Caucus is to promote economic and political links between America and Ireland, with a focus on support for the Good Friday Agreement.

On Wednesday, Irish Senator Mark Daly, who is Cathaoirleach of Seanad Éireann (chair of the Irish Senate), launched the caucus alongside Speaker Robin Vos of Wisconsin, who is President of the National Conference of State Legislators.

More than 800 members of the new caucus attended the hybrid event on Wednesday, according to RTÉ.

"The relationship with the United States is vital to Ireland and to the Peace Process," Senator Daly told RTÉ News.

"Last week, I met with the Congressional Friends of Ireland in Washington DC who hope that as members of the American Irish State Legislators Caucus move from state politics to the national stage, they will join the Friends of Ireland," he added.

My good friend Congressman Brendan Boyle @CongBoyle of Philadelphia & Donegal (Glencolmcille to be more precise)
Democratic lead signatory of letter to British Prime Minister Johnson @BorisJohnson opposing Amnesty for those who were involved in killings during The Troubles. pic.twitter.com/Xx4xzvCSrI

Speaking with The Sunday Independent ahead of the US launch of the caucus, Senator Daly said Ireland “wants to get its message across on issues such as Brexit and the peace process."

He added: “Events such as Brexit and the Northern Ireland protocol would have put massive strain on Ireland if it wasn’t for America.

"Now Britain is looking at how Ireland has been nurturing Irish-US relations we can’t afford to rest on our laurels believing we will always have such influence on Capitol Hill.

“This event is a chance for Irish American legislators to meet and to reinforce that ‘emotional connection’ they have with the issues that are also close to our heart. They are people who could someday run for governor or state senator. They are willing to help, they just have to be asked.”

The US launch of the caucus comes less than a month after the Irish launch in Dublin, which was attended by both American and Irish politicians.

At the Irish launch of the Caucus on October 11, Senator Daly said: "As the American Irish State Legislature Caucus is open to those who have no Irish heritage, it would mean that those who may not have Irish ancestry and who transition from state politics to national politics in the US would be engaged and informed on the issues of mutual interest to the US and Ireland and of course the Good Friday Agreement and the peace process."