Ireland is voting in a European election today - What does it all mean?

The European elections will take place across the European Union between May 23 and May 26, 2019, but what's at stake and what does it all mean? 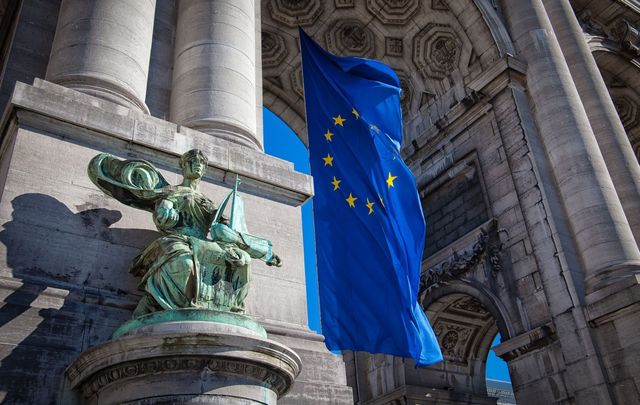 Are you voting in the election today? Getty

The European elections are taking place across the European Union between May 23 and May 26, 2019, but what's at stake and what does it all mean?

Elections to the European Parliament take place every five years by universal adult suffrage and this year's elections are the ninth since Europes first elections in 1979.

Ireland will go to the polls today, Friday, May 24.

What is the European Parliament?

More than 512 million people are represented in the European Parliament making it the largest democratic electorate in the world apart from India.

The Parliament's hemicycle (debating chamber) during a plenary session in Strasbourg. Image: Wikipedia

No other EU institution is directly elected, with the Council of the European Union and the European Council being indirectly legitimated through national elections.

What powers does the European Parliament have?

Contrary to popular belief the European Parliament does not have the power to create or draft legislation. That function resides only with the European Commission who proposes and drafts new laws, and implements and enforces EU laws that have been passed.

MEPs, however, have the power to approve or reject EU legislation whereas the Commission does not have this power.

The Commission is comprised of 28 EU Commissioners with each member state nominating a Commissioner who is then endorsed collectively by MEPs after a series of public hearings.

EU laws are agreed by two institutions: the Council of Ministers, comprising ministers from 28 EU governments and the European Parliament.

If the two chambers "co-legislators" do not agree, the parliament may block legislation.

Will the UK vote in European Elections following Brexit?

In February 2018, the European Parliament voted to decrease the number of MEPs from 751 to 705 if the United Kingdom were to withdraw from the European Union on March 29, 2019.

However, following an extension of the Article 50 process, the United Kingdom will still participate alongside other EU member states.

How many MEPs will Ireland elect at the 2019 European Elections?

Out of the 751 MEPs, Ireland currently has 11 members.

That number is due to increase to 13 if and when the UK leaves the EU.

As of now, 59 candidates will battle for 13 seats across three constituencies - 19 candidates in Dublin, 17 in Midlands North West and 23 in the South.

The additional two Irish MEPs will not take up their seats immediately until the UK leaves the EU. These representatives will be from the Dublin and South constituency.

What are the issues for the 2019 European Elections?

But across Europe, the debate is focused on Europe's approach to migration and the rise of right-wing groups especially in states like Italy and Germany where the far-right populist Alternative for Germany (AfD) party has been advocating leaving the eurozone and even, potentially, the European Union entirely.

The election in Britain is seen by some as a new referendum on Brexit, one that could help block withdrawal - or accelerate it - as Britons go on debating how, and whether, to leave.

Leaders of some eastern states such as Hungary and Poland have criticized Brussels over migrants and its complaints that they are undermining EU rules on democracy in Warsaw and Budapest; some westerners speak of cutting their EU subsidies in retaliation.

How will Brexit impact the European Elections?

As the UK is contesting the European Elections, the total number of seats up for a vote is 751.

When the UK officially leaves the EU, UK MEPs will automatically lose their seats and the UK's 73 seats will be reallocated.

27 seats will be redistributed to other countries - Ireland will get two additional seats, as mentioned above - and the remaining 46 seats will remain vacant and kept for future enlargement.

What is the voter turnout rate at European elections?

Voter turnout at European Parliament elections has fallen consecutively at each election since 1979 and has been under 50 percent since 1999. Voter turnout across the EU in 2014 stood at 42.54 percent on average, the lowest ever turnout.

However Ireland boasts a higher than average turnout rate and in 2014 voter turnout stood at 52.4 percent, albeit a 6.2 percent drop on 2009.

What are your thoughts heading into the European Elections? Let us know in the comments below.