Paul Whelan, a US citizen and Irish passport holder who has been in Russian custody since 2018, could be freed along with Brittney Griner as part of a so-called prisoner swap proposed by US officials. 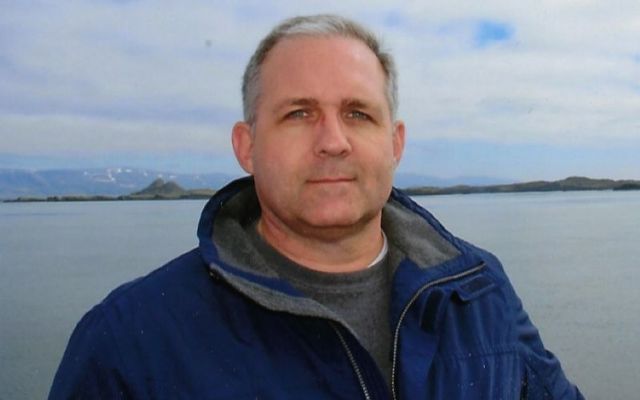 Paul Whelan, pictured here in Iceland. Whelan, a former US Marine, has been in Russian custody since 2018. The Whelan Family

The US has made a “substantial offer” to Russia in order to facilitate the release of Irish American Paul Whelan and WNBA star Brittney Griner, who are both in Russian custody.

“In the coming days, I expect to speak with Russian Foreign Minister Lavrov for the first time since the war began [with Ukraine in February],” US Secretary of State Anthony Blinken said during a press briefing on Wednesday, July 27.

“I plan to raise an issue that’s a top priority for us: the release of Americans Paul Whelan and Brittney Griner, who have been wrongfully detained and must be allowed to come home.

"We put a substantial proposal on the table weeks ago to facilitate their release. Our governments have communicated repeatedly and directly on that proposal. And I’ll use the conversation to follow up personally and, I hope, move us toward a resolution.”

Blinken said that President Joe Biden has signed off on the proposals.

When asked if the offer involves a "swap" of Whelan and Griner for convicted Russian arms dealer Viktor Bout who is serving a 25-year sentence, Blinken said that he "can’t and won’t get into any of the details of what we proposed to the Russians over the course of so many weeks now.”

.@SecBlinken: In the coming days, I expect to speak with Russian Foreign Minister Lavrov for the first time since before the war began. I plan to raise an issue that’s a top priority for us: the release of Americans Paul Whelan and Brittney Griner. pic.twitter.com/Gvd9gbB5sU

CNN, however, reported on Thursday that sources have confirmed that the arrangement would involve Whelan and Griner being swapped for Bout.

"So far, there is no agreement on this issue," Kremlin spokesman Dmitry Peskov said on Thursday.

Born in Canada to British parents of Irish descent and raised in Michigan, Whelan holds US, Irish, Canadian, and British passports. He was arrested by the Russian Federal Security Service (FSB) in Moscow in December 2018. His lawyers assert that he was framed when he was given a flash drive that he thought contained holiday photos, but actually contained classified information. Whelan has slammed his arrest as an "absurd political kidnapping."

In June 2019, Whelan, speaking to the media, appealed to the American and Irish governments, among others, for help: “I am asking the leaders and governments in Ottawa, Dublin, London, and Washington for their help and public statements of support.”

A year later, Whelan was sentenced to 16 years in a maximum-security prison in Russia after being found guilty of espionage. He was later transferred from Moscow's Lefortovo prison to the IK-17 labor camp.

His family has organized an online campaign to raise awareness about his ongoing battle. Earlier this month, Whelan's sister Elizabeth said she was "so grateful" to have received a phone call from President Biden who reassured her that US officials remain "steadfast" in their commitment to getting Whelan home.

I am so grateful on behalf of our brother #PaulWhelan and our entire family, to have received a call from @POTUS, reassuring us that the USG remains steadfast in their commitment to get Paul back to MI. We will continue to do all a family can to help Pres. Biden make that happen.

Responding to the news of a potential deal, Paul's twin brother David said: "We hope the Russian government responds to the US government and accepts this or some other concession that enables Paul to come home to his family.

"The sooner the better."