Norman Houston, the former Director of the Northern Ireland Bureau, is being remembered fondly in the wake of his sudden death on January 12. 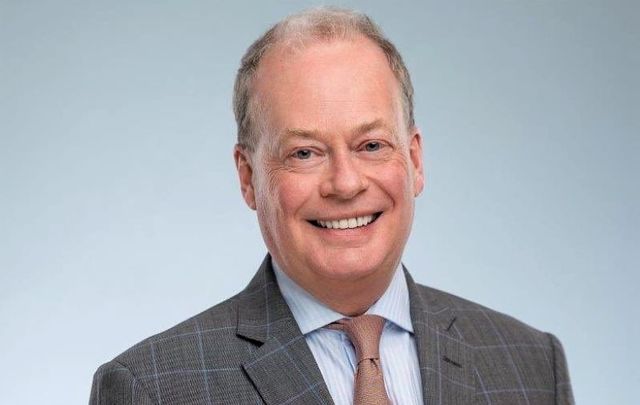 We are so heart-broken to hear of the sudden passing of our wonderful friend & colleague, Norman Houston. A dear friend & a wonderful ambassador for Northern Ireland. We join with his many friends here in North America to send our deepest condolences to Chloe, Connor and family. pic.twitter.com/hxF4jWS0eS

In a statement, the Northern Ireland Office said on Tuesday: “For over 15 years, Norman saw to it that Northern Ireland was at the centre of political and economic discussions in successive US administrations, bringing much-needed investment and opening many doors for our politicians and our wider business leaders.

“He will always be remembered as a true diplomat who served Northern Ireland with distinction."

A native of Larne in Co Antrim, Houston joined the Civil Services in 1975 during the height of The Troubles in the region. He worked at the Northern Ireland Bureau from 1998 until 2002 as deputy director, and then from 2007 through 2019 as director.

Speaking to the Larne Times in 2017 about the historic 2007 event, Houston said: “I still pinch myself about escorting the late Dr. Paisley and the late Martin McGuinness into the Oval Office to see George W Bush.

“I had been allocated a fifteen-minute window but Dr. Paisley and the President took to one another immediately and no one could break them apart as they were laughing and chatting so much. I was getting daggers from the chief of staff but there was absolutely nothing I could do.

“We were there for an hour, foreign heads of state are lucky to get half of that time”.

In 2018, Houston told The Belfast Telegraph: “I think I've got one of the best jobs in the Civil Service.

“We have what's really a mini-embassy for Northern Ireland. We're based in Washington and New York but we do a lot of work in Boston and other major cities. We also work in Canada, especially in Toronto. There are actually quite a lot of Northern Ireland ex-pats living there.

“A lot of people we deal with in America are third, fourth-generation Irish/Northern Irish. But in Toronto, many of the people we work with were actually born back at home and have lived in Canada for a number of years.”

Houston was speaking not long after he received a shout-out from President Trump during the annual St. Patrick’s Day Shamrock Bowl Presentation by Prime Minister Varadkar on March 15, 2018.

During his remarks at the event, President Trump said: “I also want to extend my welcome to the Director of Northern Ireland Bureau in Washington, Norman Houston.

"Where’s Norman? Where’s Norman? Hello Norman — who’s been a friend and a great friend to the United States in his 11 years here. He spent 11 years. But he’ll like this year the best.”

Houston explained to The Belfast Telegraph: “I'm only 5ft 5ins tall and I was standing in a crowd of 200 people. I did have my hand up waving, but he just couldn't see me. People were slapping me on the back. I have since written to Mr. Trump to explain. I didn't want him to think I was being rude and didn't acknowledge it.”

Later in 2018, Houston was recognized in the Queen's Birthday Honours for services to the promotion of Northern Ireland Overseas. He received his award in February 2019.

Reflecting on his role, Houston once said: “I love being Northern Ireland’s diplomat, representing the country.

“I suppose at the end of the day I still see myself as a wee Larne man who had a solid upbringing based on a very strong moral code. I have had a wonderful career but the main lesson I’ve learned is never forget your roots.”

Houston retired from his role as Director of the Northern Ireland Bureau in 2019. In 2020, he was appointed as the CEO, North America of Co-operation Ireland.

A number of tributes have today been shared to the late Houston.

Daniel Mulhall, Ireland's Ambassador to the US, said he is "deeply saddened" to hear about the passing of his personal friend Houston:

I am deeply saddened by the news of the sudden death of Norman Houston, former head of @NI_Bureau in Washington. I worked very closely with Norman during our time together in America, where we became personal friends. Greta and I mourn his passing. https://t.co/SpFmt29ve2

Over fifteen years, Norman Houston was one of the finest diplomats - & best loved people - in Washington DC. A brilliant networker, he was wonderfully funny & deeply kind. He will be sorely missed by all at our Embassy & @dfatirl. We send our deepest sympathies to his family. https://t.co/dBo9cTIHOR

We are just heartbroken to hear of the death of Norman Houston, former director of the @NI_Bureau, a great friend to WIP and mentor to so many of our Alums. Our thoughts are with Connor, Chloe and his family. Simply an extraordinary public servant. pic.twitter.com/cCbA8Ssmju

The Ireland Funds remembered him as a "great friend"

Our deepest condolences go to the family of Norman Houston today. He was a great friend to The Ireland Funds in supporting and speaking at many of our events, particularly those of our Young Leaders, as he served Northern Ireland in DC. His presence will be greatly missed. pic.twitter.com/ljKmPlX23v

Niall Gibbons, the CEO of Tourism Ireland, said Houston "blazed a trail and had a positive influence on everyone he met."

Devastated to hear that my good friend Norman Houston, former Northern Ireland Bureau Chief in Washington DC, has passed away. Norman blazed a trail and had a positive influence on everyone he met. My thoughts and prayers are with his family. pic.twitter.com/GyWRYtUKjM