More and more members of New York’s Irish American community are vaccinated and many are ready to return to some semblance of normal. 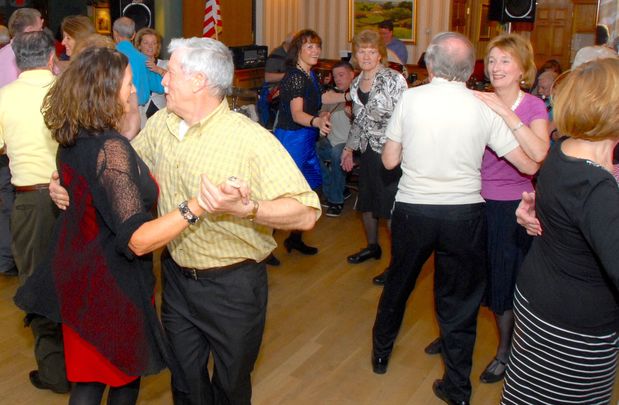 The New York Irish American community are ready to get back to normal after a very tough year. Irish Voice

It’s been a rough 12 months for members of New York’s Irish American community who isolated to avoid Covid-19.  But now that vaccinations are becoming more widespread cooped-up folks are ready to mingle again.

Dan and Margaret Sheehan bolted from their home in Flushing, New York on March 18, 2020, and made the five-hour journey upstate to the quiet town of Hague, just a stone’s throw from Lake George where they’ve owned a second residence for decades.

The Sheehans, both seventy-somethings, were urged by their three adult children to get out of Dodge immediately.  Covid-19 was spreading like wildfire and New York City was the epicenter, so off they went. 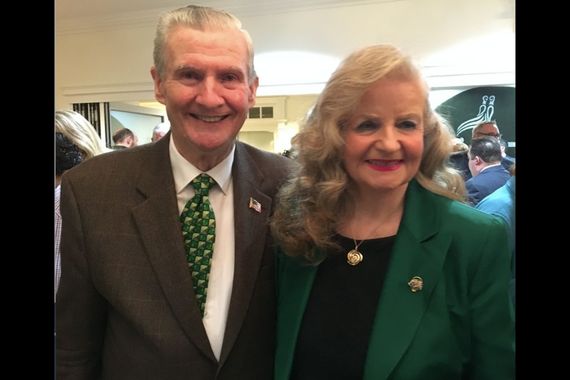 From March until December the Sheehans, who always relished their regular excursions to Manhattan or anyplace else for Irish social events, stayed put upstate except for two quick trips back to Flushing for doctor’s appointments.  Their lockdown companions weren’t people – except for those they saw in the aisles during their once-a-month runs to Walmart or Price Chopper – but rather deer and raccoons and birds that they would encounter during their daily walks.

“We were scared at the beginning of Covid, very scared because of our age,” Dan Sheehan, a native of Co. Limerick, told the Irish Voice during an in-person lunch at a restaurant on Long Island last week.

But the Sheehans are now fully vaccinated, back home in Flushing full time since last month, and ready to party once again.

“We’ve missed our social life terribly,” says Margaret.  “Upstate is beautiful and we love it there, but there’s nothing like being in a room with our friends face to face.  So we are very much ready to get out there and be with people.”

The Sheehans are hardly alone.  Now that more members of New York’s Irish American community are becoming fully vaccinated, especially the elderly, many of them are ready and eager to return to what was in pre-Covid days considered normal.

The Irish American Society in Mineola, Long Island, has slowly started its re-opening while following all Covid protocols.  The weekly Monday senior group is meeting on a limited basis, and a few other socially distanced events have taken place as well.  This Sunday, April 25, a benefit will raise funds for a local Irish woman battling breast cancer.

At the Kerry Hall on McLean Avenue in Yonkers, the Kerry P&B Association hosted an in-person meeting last Sunday, its first since March of 2020.  About 40 masked and socially distanced members attended, the vast majority of them fully vaccinated.  Weekly card games have returned on Tuesday afternoons and other small gatherings have as well, all fully compliant with New York State guidelines.

Kenmare, Co. Kerry native Margaret Fogarty, who will turn 90 on July 2, was at Sunday’s Kerry meeting and was “thrilled” to be there, she told the Irish Voice.  Margaret was also at the last Kerry meeting on March 8, 2020, just as the Coronavirus was quickly seeping into our lives.  Four people who attended that gathering tested positive for Covid, and Margaret remembers being petrified when she found out.

“I went to get tested immediately. Thank God I didn’t have it, and during the lockdown I never got it,” she says.

Margaret lives in a Bronxville co-op with her Tipperary-born husband Mike, who will celebrate his 94th birthday at the end of April and has also remained Covid-free.  The Fogartys are members of several Irish American groups – Kerry, Tipperary, the AOH, United Irish Counties, and more.  Isolating in their co-op for the past year is not something they’ve enjoyed, but having their daughter Eileen and her family residing in the same building made lockdown somewhat easier. 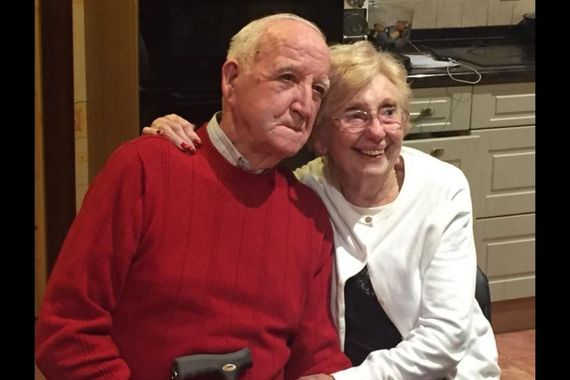 “I would cook meals every day and call Eileen. I’d tell her that take-out was ready and she’d come to our door and I would put the food outside,” says Margaret, who loves to cook but is ready to hang up her apron and get back into circulation.

Though Mike and Margaret are healthy – Margaret still drives locally during daylight hours – they followed doctor’s orders and pretty much isolated for the past year.

“We’ve hardly had any social contact and it’s been really hard for us,” Margaret said.  “Only for my knitting, I would have gone out of my mind.  Mike takes walks to get out and about but I don’t really do that.  If I don’t have a purpose I don’t like to walk so much!”

Margaret used to be a weekly attendee at the knitting and Gaelic groups hosted by the Emerald Isle Immigration Center in Woodlawn, but they remain on hold.  The Fogartys also never missed the parties at the Irish Consulate they were invited to.  Resuming their social life is a goal, Margaret says, and now that she and Mike are vaccinated they’re ready to venture out.

“On Sunday we went to a wake and we met some people we hadn’t seen in a while.  You don’t want to meet people at a wake but at least it was something,” says Margaret.

The Fogartys have enjoyed outdoor meals at Rory Dolan’s in Yonkers and other places when weather permits, “and it’s just been great to see faces,” she adds.

“We feel safer because we are vaccinated but of course we will continue to be careful because of our age. We don’t really want to be among crowds and we feel good outside when there’s air and ventilation.”

Should the annual Kerry ball or the United Irish Counties dance take place at their regular time at the beginning of 2022?

“Oh, for sure, we will be there and can’t wait!” Margaret adds.

Betty McLoughlin, a native of Glenamoy, Co. Mayo and a resident of Bayside, Queens for the past 50 years, was one of the organizers of an event on Sunday to raise funds for a number of charities that her town’s St. Patrick’s Day parade supports.

She’s a widow with three grown children and grandkids and a former president of the Irish American Society in Mineola.  With two shots in her arm, McLoughlin is ready to leave lockdown behind and reunite with friends who she hasn’t seen in months. 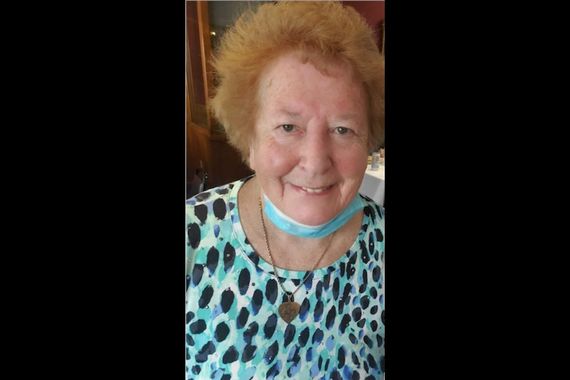 “I’m looking forward to gathering with people for sure, but it has to be done safely which is fine by me. I’m always ready to party even with a mask on,” she told the Irish Voice.

“The past year has taken a big hit on our social lives and we have to try and get back what we lost.  For me, if it wasn’t for my family and friends, and my religion, I don’t know what I would have done.”

McLoughlin’s usually active social life nosedived in 2020, but she did watch Masses live on Zoom every day from her local parish and other locations like St. Barnabas in the Bronx and even a church in Co. Donegal.  Her lockdown Mass viewing has been welcome and won’t likely change in the future.

“That’s been a good thing, but not seeing people has been terrible,” she says.

“I’m not a fan of Zoom events. They aren’t really a substitute for in-person parties, not at all.  At our Bayside gathering on Sunday we were all really glad to see each other in the flesh, even if we were wearing masks which was fine.”

It’s been a strange but in some ways productive 2020 for Denis Mulcahy, the Co. Cork-born founder of Project Children which for years brought Catholic and Protestant kids from Northern Ireland to live with families in America for a summer where they could mix and mingle without any worries about the political strife back home. 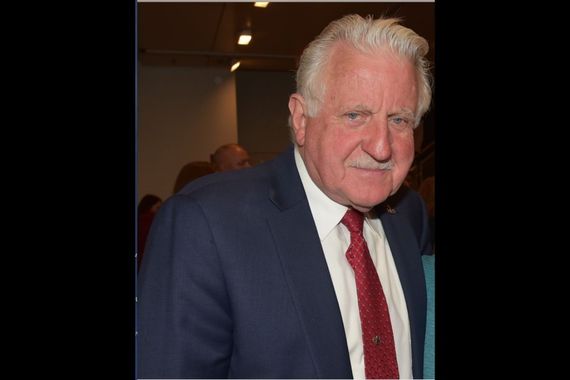 Based in the picturesque Orange County, New York town of Greenwood Lake, about 60 miles north of Manhattan in the Hudson Valley, Mulcahy owns and rents guest house accommodation on the lake – the Waterstone Inn, which has five suites, and his newly renovated Ice House, a lakefront home which has four bedrooms and amenities galore.

“I’ve never worked so hard and I’ve had no distractions,” Mulcahy told the Irish Voice.

A former member of the NYPD’s bomb squad, Mulcahy has been at the helm of a number of philanthropic efforts in addition to his famed Project Children.  In 2018 the Aisling Irish Community Center in Yonkers christened the Mulcahy Scholarship in his family’s honor – the effort sent four eligible Irish American high school students to Co. Galway for a six-week summer immersion in Irish culture.

Because of the pandemic, the scholars didn’t travel last year and they won’t for 2021, but a pivot will see a number of teenagers spending time in Greenwood Lake in August as Mulcahy scholars.

“We want to keep it going for the summer. Usually, I would work with interns from Northern Ireland and we would go to Alabama every year with Habitat for Humanity.  That’s not going to happen again this year and I really regret that” Mulcahy says.

“That was the last party I was at last year, the grand marshal event.  And then the parade was canceled,” Mulcahy says.

“It’s been a busy year in Greenwood Lake as so many people living in the city moved up here. Any home that comes on the market now is bought within a day.

“But, you know,” Mulcahy adds, “I’m old school.  I’m vaccinated and I’m happy to meet people again.  I had to quarantine a few times because of exposure to people who had the virus but I never got it.

“It’s not the same talking to someone on Zoom or FaceTime.  And I think I’m not alone in saying that it will be great when we are all able to gather in person again.”