Contributor Eugene O'Doherty recounts an unusual happening at Farrell's Bar & Grill in Brooklyn around 40 years ago. 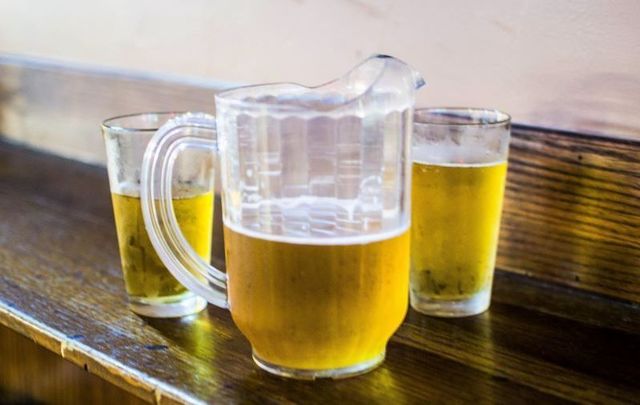 One of my fondest memories that occurred in an Irish bar took place In Farrell’s Bar in Brooklyn, New York.

It was a typical hot Friday night in the middle of summer in either 1983 or 1984. The bar was packed with the usual crowd of off-duty police officers and firemen. Both televisions were on with the Yankee game at one end and the Mets game on the other end. “Houlie” was tending bar.

I was drinking ice-cold glasses of Budweiser with two good older friends of mine, Robert Fennell “Uncle Bob” and Eddie Duffy. Bob looked like the actor Rod Steiger and was always singing. Eddie was a big burly Irishman, kinda like the actor Victor McLaglen from The Quiet Man.

We were drinking for a couple of hours when all of a sudden Bob starts singing. Farrell’s is not a bar known for singing, putting it lightly. Bob could sing a variety of styles of music: rock-n-roll oldies, show tunes, corny love songs, and even opera.

This night, he chose Ol’ Man River from some Broadway show. He started off slow.

To tell you the truth, I was a little embarrassed at first because this was Farrell’s. Loud conversations around us became quieter and all heads started turning towards us.

Bob’s voice grew louder and louder as the song continued. Houlie at this point took the remote control and turned one television off and then pointed at the second one and turned that one off.

At the end of the song, all you heard was Bob’s wonderful voice in this crowded bar. When Bob finally finished singing, everyone gave him a thunderous applause. I went from being a little embarrassed to feeling so proud of him.

Houlie came over with a pitcher of beer for us “on the house.” Houlie asked me who the singer was and I told him my uncle Bob.

Houlie said, “I can never turn the channel on these TVs while sports are on, never mind turning them off.”

He then said, “you should be proud of him."

Somebody then yelled at the end of the bar “get them a round from me!” Other people were yelling for more. “Encore!, encore!”

Uncle Bob looked at me for approval if he should sing another song. I said to him quietly “no”, “go out on top." The three of us then quietly drank our pitchers of beer.