Thomas Lydon, 90, has worked for the New York Mets for 50 years, and the Co. Galway native would still be with the team were it not for the pandemic. 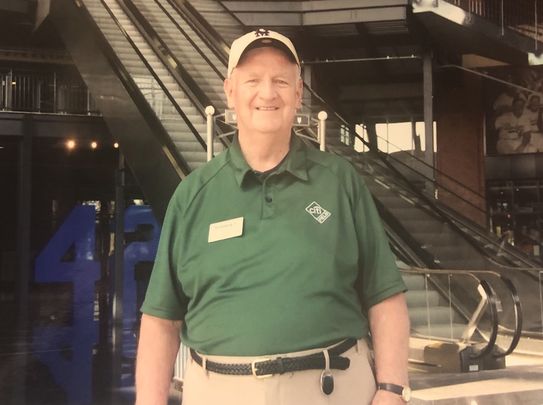 Thomas Lydon, 90, has worked for the New York Mets for 50 years, and the Co. Galway native would still be with the team were it not for Covid-19.  As a new Major League Baseball season begins, he speaks to Debbie McGoldrick about his life in America and his sadness over leaving his beloved Mets.

Thankfully, the virus didn’t strike Lydon physically.  He is as fit as a fiddle for his age, enjoys daily long walks with his equally healthy wife Regina, and looks forward to the day when he can return to Ireland for a visit – a planned trip home on March 16, 2020, was canceled just as the coronavirus was becoming a new, unwelcome reality in our lives.

But as spring begins, and with it a new Major League Baseball season, Lydon is missing a cherished ritual that was part of his life for five decades and would still be so if not for the pandemic.

Since 1970, Lydon has worked for the New York Mets first as a supervisor, and then as a member of the union representing the ticket takers at the entrance gates.  It was a fun job at Shea Stadium and then the new Mets home at Citi Field that also served as a great social outlet, not to mention the unforgettable interactions with Mets legends like Tom Seaver and mega-fans including Jerry Seinfeld.

“Yes, I met them all or most of them.  I really liked the players, and they’d always greet me by name,” Lydon told the Irish Voice during a recent interview.

“I got to know so many fans during my years of ticket taking.  Some would be kids back in the day, and when they got older they would look out for me because they wanted to bring their own kids through my turnstile.”

That’s not surprising.  Lydon loves to chat and interact with people but Covid-19 has, unfortunately, necessitated a premature halt to his career with the Mets.

For sure, if we were living in a pre-Covid world he’d still be at Citi Field in Flushing, just a few miles from his home, scanning game day tickets and catching up with his pals.

“I’d be there because I feel great,” he says.  “But I have to be safe and my family thought it would be best if I didn’t return this year.  I’m going to miss it very much.”

We’re living in strange, unsettling times, so it’s not surprising that the Lydon family would be wary of 90-year-old Thomas interacting with thousands of Mets fans at Citi Field even though he’s fully vaccinated.

“The Mets have been a part of our lives forever,” eldest daughter Deirdre Lydon Kelly told the Irish Voice.  “I worked for the Mets, so did my sister Maureen and Dad would still be there, but with Covid we have had to slow down a bit. He’s 90 and we have to be careful.”

At the start of every year, without fail, Lydon would show up at Citi Field – or Shea Stadium before it – for the upcoming season training.  And he’d pass with flying colors.

He came to America in 1951, a 21-year-old seventh and youngest son of a Galway couple who ran a pub and grocery store in Eyre Square, right in the heart of Galway City.  Because he was the seventh son many locals thought he had the “cure,” but that didn’t prove to be quite true – a local woman he prayed over every day after school eventually died.  “And I got teased for days by my brothers,” laughs Lydon, who is the last living brother.

Two of the sons went on to be doctors, and Thomas was the sole Lydon who had America in his sights.  He set sail on the SS Washington, and after arrival in New York his cousin Nellie deposited him in an apartment on West 96th Street on the Upper West Side of Manhattan with a few other Irish lads.

The guys had good times, working on the railroad or on the docks, and dancing their nights away at places like the City Center ballroom.

“We all got on great, working and having fun,” recalls Lydon, who was also unique in that he never took a sip of booze and maintains his membership in the Pioneer Total Abstinence Association for those who have led an alcohol-free lifestyle.

One of his Irish roommates told Lydon about a company called Con Edison, the New York City power utility where he took a job as a chemical lab technician while attending chemistry classes at Fordham University by night.  He joined the Army during the Korean War and was stationed in Bordeaux, France, and returned to Con Ed when his service concluded.

Not long after Lydon met his wife Regina Woods, an Irish stepdancer and singer whose family was from Co. Monaghan, at the Shamrock House in East Durham.  They dated for a couple of years, enjoying places like the Tower View Ballroom in Woodside, and married in 1959.  Their three daughters Deirdre, Maureen, and Regina would arrive in the years to come. 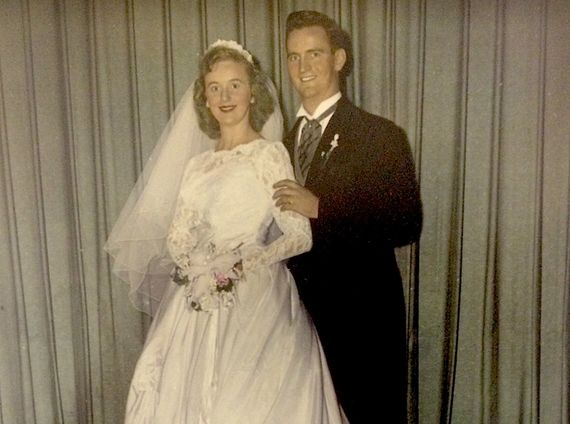 Regina Woods and Thomas Lydon on their wedding day in 1959.

Thomas was a hard worker, and eventually, he bought a two-family home in Flushing that also housed Regina’s parents.  He worked early morning shifts at Con Ed and added a second job in 1970 when a friend told him the New York Mets were looking for extra help after they shockingly won the World Series the previous year.

Lydon was hired as a gate supervisor which required him to be present until everyone cleared out of the stadium, a process that could take hours after the game ended.  Taking tickets, he noticed, meant he’d only have to stay until after the second or third inning, leaving more time for his family and, critically, sleep.

So he joined the ticket taker union in 1973, never missed a game, got promoted to the full-time ticket taker, and retired from Con Ed in 1993.  Leaving the Mets, though, never entered his mind because he loved his job so much.

“Oh I had great times, and met so many great people,” Lydon says. “Some of them would bring me bottles of wine at the end of the season even though I never drank.  Mets fans are the best.”

Members of the Mets also became familiar with Irish Tom down through the years.  “’Hi Tommy,’ they’d say.  They were all very nice to me. I don’t have a bad word to say about anyone,” he offers.

The job was handy, as Shea Stadium and Citi Field are only minutes away by car from the Lydon home in Flushing.  After taking the tickets he’d return home to watch the rest of the game on TV.

“Sometimes my mother would have us watch the game on TV because we could see Dad behind home plate,” Deirdre remembers.  “So she would know that he was still there, and when we didn’t see him she knew it was time to get his dinner ready because he’d be home shortly.”

Typical of his Irish generation, taking time off from work was never a priority for Lydon.  He went 11 years without taking as much as a sick day at Con Ed.   His devotion to the Mets was equally strong. 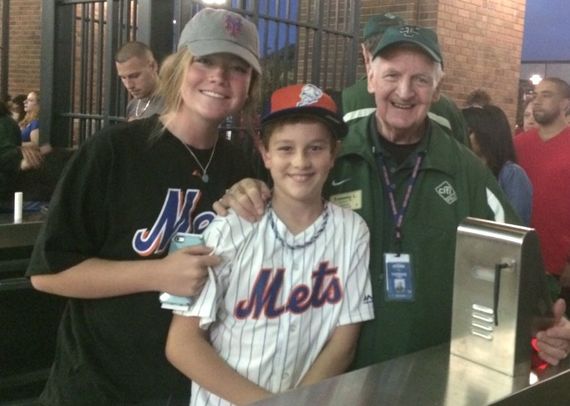 Thomas Lydon and two of his grandchildren, Fiona and Aidan, at Citi Field.

“Well, I never smoke or drank and I kept myself in shape. That’s why I feel so good,” Lydon says.

“I will really miss the Mets. But I’m just an old guy now I guess.  Time to move over for somebody else.”

Lydon was certainly one of the oldest employees the New York Mets ever had.  “There was a couple around my age at the end but yes, I was right up there,” he says.

Though he won’t be physically present at Citi Field this year, Lydon will always be with the Mets in spirit.   “For sure I will be watching them. I’m a big fan,” he says.

Hopefully, a trip back to Galway and the old homestead in Eyre Square will soon be on the cards, too.  And a new great-grandchild, the second one, is due in a few weeks.

So there’s lots to look forward to, and many great memories to cherish.  “Happiness is found at the kitchen table,” is one of her dad’s favorite sayings, Deirdre says.

“No matter where he goes he always makes people smile.  Whether it is in the doctor’s offices or in the store or at the park where he loves to tell his corny jokes, or with the Mets, people always seem to love him.”

No doubt generations of New York Mets fans would agree.