Famine memorial destroyed after suspect crashes into it during police chase

The Ancient Order of Hibernians said that they were devastated to hear that Olean's Famine memorial had been destroyed during a high-speed car chase. 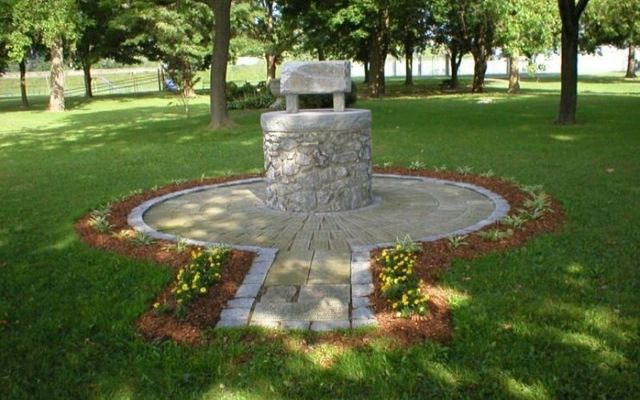 The Irish Famine Memorial in War Veterans Park in Olean prior to its destruction. @amerana/Pinterest

An Irish Famine memorial in Olean, New York, was destroyed last Sunday when an out-of-control vehicle smashed into it during a high-speed police chase.

The memorial, located in War Veterans Park in the small town of Olean in Upstate New York, was shattered when a suspect lost control of their vehicle while being pursued by police.

The site consisted of stones taken from the Battle of Antietam, when thousands of Irish soldiers died while fighting for the Irish Brigade during the American Civil War.

Other stones at the site were taken from the New Ireland settlement at what is now Allegany State Park in Upstate New York, where dozens of Irish families established a settlement after emigrating to the United States in the 1850s.

The central piece of the stone structure originated from Penrose Quay in Cork, where hundreds of thousands of Famine emigrants departed from in search of a better life.

John P. Walsh, an Olean resident who was responsible for building the memorial in the 1990s, also included a stone that he took from his ancestral home in Ireland, while several bricks were dedicated to patrons who donated to the monument.

The Ancient Order of Hibernians said in a statement that they were "greatly saddened" to hear that the memorial had been destroyed. The AOH said that the structure would be repaired but said that many elements of the monument were irreplaceable.

"While the destruction was the result of a police suspect trying to elude arrest losing control of their vehicle rather than a deliberate act of targeting, that does not mitigate the unnecessary senselessness of the act nor mitigate the loss to the Irish community," the AOH said in a statement.

"We are disappointed that per news reports that no charges were filed against the driver for the destruction of the memorial and must ask why?  It is unfortunate that the very real assault on the Irish American community is not being acknowledged by police and prosecutors in the form of charges."

"The very personal nature of the memorial, where members contributed individual stones from their ancestral homes in Ireland and battlefields where Irish Americans had shed their blood in defense of their county, mean that while the damage is repairable the monument itself is irreplaceable."