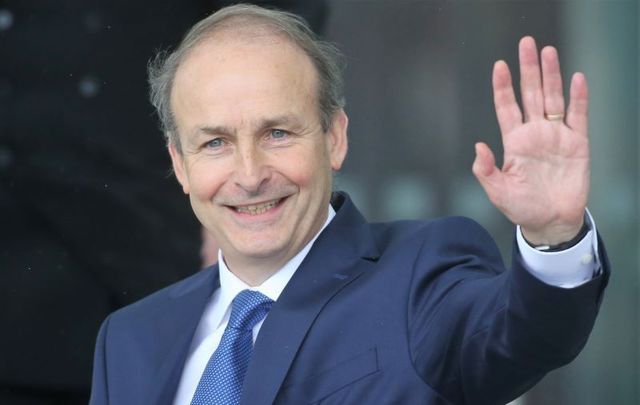 Taoiseach Micheál Martin took calls with several European leaders this week as he settles into his new role.

A statement from 10 Downing  Street on June 30 said: “The Prime Minister spoke to Irish Taoiseach Micheál Martin this evening to congratulate him on his recent appointment.

“He underlined the closeness of the relationship between the UK and Ireland, and the two leaders resolved to work closely to further strengthen links between our countries. They also discussed the importance of cooperation on issues such as climate change, particularly when Ireland takes a seat on the UN Security Council next year.

“On coronavirus, the Prime Minister and Taoiseach agreed on the need for a sustainable economic recovery. They agreed to continue working together to drive that recovery in the UK and Ireland.

“On the UK’s departure from the EU, the Prime Minister stressed his determination to reach an agreement as soon as possible, but emphasized that the UK’s fundamental principles will not change, and explained that the UK remains committed to implementing the Northern Ireland protocol.

“The Prime Minister and Taoiseach looked forward to meeting in person in the future.”

On June 26, Johnson had congratulated Ireland after it was announced that the new coalition government had been formed:

Congratulations to Ireland 🇮🇪 on forming a new Government and to @MicheálMartinTD on becoming Taoiseach. Ireland is our closest neighbour, good friend and ally on issues such as climate change, the global fight against Covid-19 and our shared values on human rights and democracy.

On June 30, Ursula von der Leyen, the President of the European Commission, said in a tweet that she had a "good first phone call" with Ireland's new Taoiseach:

Good 1st phone call with Taoiseach @MicheálMartinTD. We agreed to work closely together to make Europe stronger, greener, more digital. We need a rapid agreement on #NextGenerationEU recovery plan & an ambitious partnership with UK that respects our principles. #StrongerTogether pic.twitter.com/bF9lHPGTn5

Also on June 30, Michel Barnier, the European Commission's Head of Task Force for Relations with the United Kingdom, said he was "delighted" to have spoken with Martin:

We will continue to work closely together, le chéile. Future 🇬🇧🇪🇺 partnership is premised on effective implementation of the Withdrawal Agreement.