Maura Moynihan has been accused of telling an Asian American couple in NYC to "go back to communist China." 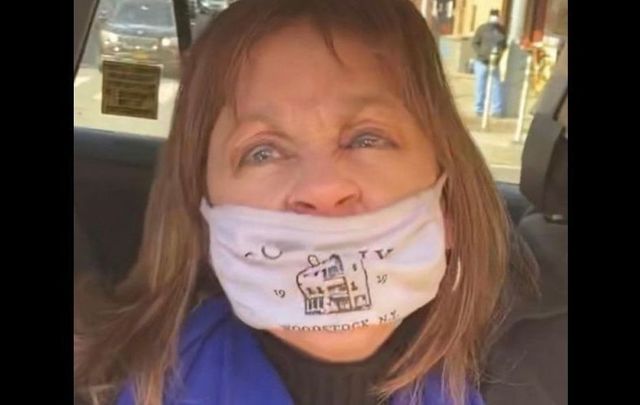 Maura Moynihan was filmed after being confronted by the Asian American couple in NYC. @mariasumin, Instagram

Maura Moynihan, the daughter of the late Senator Daniel Patrick Moynihan, has issued a statement after being accused of telling an Asian American couple in NYC to “go back to communist China."

Moynihan has confirmed that she is the woman in the videos and pictures shared by Maria Ha, 25, and Dan Lee, 31,  who allege that they were verbally harassed and told to "go back to communist China" by Moynihan while on the street near their home in Manhattan on March 14. The couple has since filed a hate crime report with the NYPD.

Moynihan's father, Senator Daniel Patrick Moynihan, was among the Irish American politicians who, in 1981, co-founded the bipartisan Friends of Ireland in US Congress, which aims to promote peace in Northern Ireland.  He passed away in March 2003.

On the day of the incident, Ha shared videos and pictures of her and her husband confronting Moynihan:

On her post, Ha wrote: "I was on my way to a photoshoot this afternoon when this woman comes up very close to my face, makes direct eye contact (stare down) with me and says 'You’re not from here. Go back to communist China bitch.'

"I was honestly shocked and didn’t really know how to react.

"This video is us confronting her and she starts to yell that she’s being assaulted when we clearly didn’t touch her at all. She yells at us to be left alone after she was the one instigating all this by yelling racist slurs to us first.

"After the initial heated confrontation, we start walking away and she yells out of the cab 'Go back to communist China bitch!' once again (probably expecting that the cab driver will drive away).

"So we confront her again. When we ask 'Did you just tell us 'go to communist China bitch'?! She replies, 'Well isn’t that where you’re from?'

"At this point, I want to make sure people know there is zero tolerance for this type of behavior and cannot be condoned."

Maura Moynihan has now confirmed with Eyewitness News that she is indeed the woman in the video and offered a brief statement, but no apology: “It had nothing whatsoever to do with any bias or racism or anti-Asian American prejudice, as has been wrongly suggested.”

The news station reported that Moynihan said the incident stemmed from a dispute over the cab and denies hurling the vicious remarks, some of which were caught on film.

She added: "I have devoted most of my life to working with and for Asian people, most particularly in the cause of securing basic human rights for the Tibetan people in their continuing struggle against Communist China.”

EXCLUSIVE: Maura Moynihan, the daughter of the late Senator Daniel Patrick Moynihan, admitting to us she’s the woman who spewed racist hate. But if you were expecting an apology... H/T @Syissle for leading this @ABC7NY investigation. #StopAsianHateCrimes #StopAsianHate pic.twitter.com/NbfZRtRJOJ

Moynihan also said she would be happy to meet with Ha and Lee to explain.

Lee told Eyewitness News: "Just because she's done all these things in the past, does not justify what she said."

Ha said: "What she said wasn't an apology, we don't accept that behavior at all.

Lee added: "To be told to leave this country, to go back to communist China, is seriously offensive.

The NYPD is continuing to investigate the incident.