Martin McGuinness has rare genetic disease which may end his career

Former Deputy First Minister is suffering from a rare genetic disease which has deeply impacted his health. 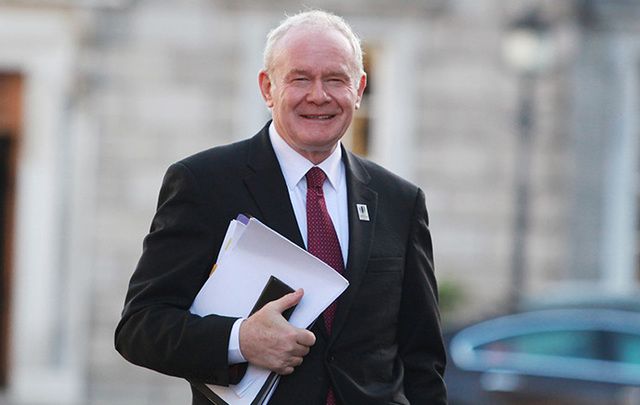 Martin McGuinness is suffering from a rare genetic disease which has deeply impacted his health, it has been revealed. In recent months the former Deputy First Minister has lost considerable weight and looked wan and tired.

The disease is amyloidosis, which is caused by deposits of abnormal protein – amyloid – in tissues and organs throughout the body.

One hereditary form of the disease effects the nervous system and the heart and was first identified in an Irish family in 1996. It is located mostly in County Donegal, which is next door to County Derry where McGuinness lives. It is estimated that up to one percent of all Donegal people carry the mutant gene.

The intersection of disease, genetics & #genealogy in #Donegal https://t.co/D5B67HBWZX

A study in 1996 showed that “The original family with this name was descended from a man called Conall Gulban, after whom County Donegal got its name. (It was known in Gaelic as Tír Chonaill.) Until recently, many people with ATTR amyloidosis were misdiagnosed as having heart disease due to other, more common, symptoms such as high blood pressure.

That study warned the condition would become “a medical problem of substantial socioeconomic importance in forthcoming years in this part of Donegal.”

Survival rate is usually around six years according to experts. Most Northern Irish patients are treated at the Royal Free hospital in London. 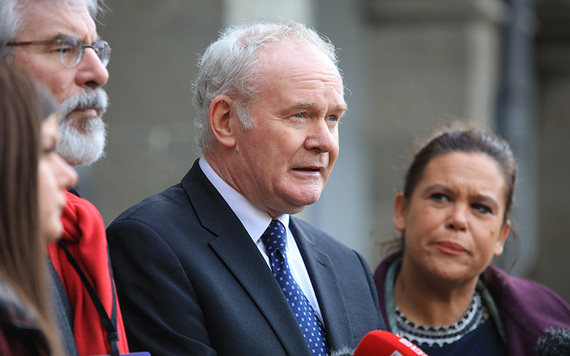 McGuinness has made no decision on whether he will stay active in politics, but sources say it is unlikely. A former IRA Commander in Derry, McGuinness was Sinn Fein’s Chief Negotiator in the peace process and later Deputy First Minister for ten years.

His bond with Ian Paisley, once his greatest opponent, was one of the remarkable features of the peace process and McGuinness has worked tirelessly to keep the institutions intact.