Does a public figure have a right to a private life, especially when that private life involves health matters? 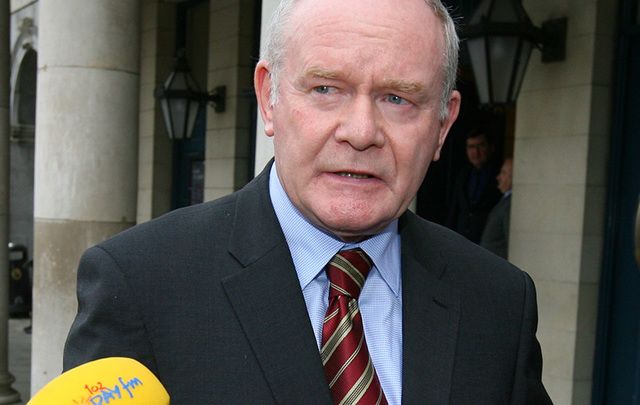 Does a public figure have a right to a private life, especially when that private life involves health matters?

The Irish Times reported yesterday that Martin McGuinness, who has looked physically weak and drawn, suffers from a genetic disease that affects his heart and possibly many other organs.

the Irish Times stated the disease is amyloidosis, which is caused by deposits of abnormal protein – amyloid – in tissues and organs throughout the body. The disease is hereditary and can stiffen heart muscles and lead to symptoms such as shortness of breath, abnormal rhythms, weight loss, fatigue and dizziness. Where deposits occur in the nerves, this can lead to symptoms such as fainting and stomach problems, according to the Irish Times, which also stated the average survival time was six years.

McGuinness, who has appeared quite ill in recent television appearances, hit back at the Irish Times, claiming he had a right to privacy about his medical condition.

He stated: “I have always considered my health a private matter. The media in the main, has respected my privacy. I am thankful to them for that.  I am very disappointed that the Irish Times are not respecting that privacy and believe that this will cause my family distress.”

It is believed that last week, when the power-sharing government collapsed, McGuinness' family did not want him to appear on television because of his battle with the illness.

“He’s had health problems. He’s going through treatment. He’s getting the best of care and I expect him to make a full recovery,” Doherty, the party’s finance spokesman in the Dáil, told Claire Byrne Live on RTE One.

“He’s been involved with our negotiation teams right over the Christmas period. When many people were off he was still working,” the TD said. “He’s still at it – up and running and doing what he’s always done, which is leading from the front.”