The Ancient Order of Hibernians, who has long been lobbying for Biden to appoint a Special Envoy to Northern Ireland, has welcomed the appointment of Joseph Kennedy III. 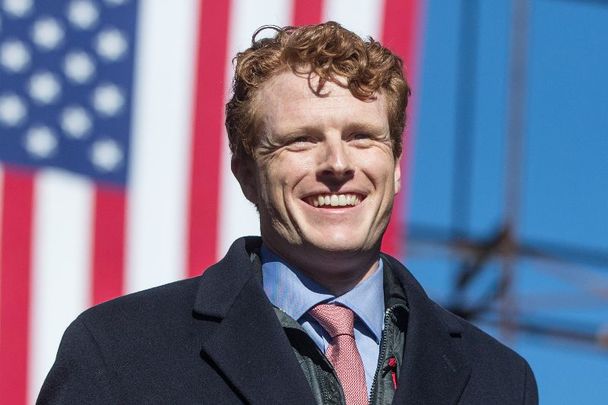 The Ancient Order of Hibernians (AOH), the largest Irish American organization in the US, has welcomed President Biden's Northern Ireland Envoy appointment.

Joseph Kennedy III, a former Congressman from Massachusetts, was confirmed on December 19 to be the next US Special Envoy to Northern Ireland.

The role had been vacant since Mick Mulvaney resigned on January 7, 2021.

An incredible honor to be appointed Special Envoy to Northern Ireland for Economic Affairs.

Look fwd to working with the Biden Admin to reaffirm US commitment to Northern Ireland and to promote economic prosperity and opportunity for all its people.https://t.co/cz6urZ0g2T

Responding to Monday's news, Daniel J. O'Connell, National President of the AOH, which has long been lobbying Biden to appoint a new Special Envoy, said in a statement: "The Ancient Order of Hibernians, the largest Irish American organization in the United States, welcomes the appointment of Joseph P. Kennedy III to the role of U.S. special envoy to Northern Ireland.

"In selecting a former U.S. Congressman who is the son of a congressman, grandson of a U.S. Senator, and great nephew of a U.S. President, the President has clearly shown the importance that the administration places on the role of the U.S. Special Envoy, sending a clear message of the on-going U.S. commitment to the peace and prosperity of the community of Northern Ireland.

"We note that it was the Congressman's father, Congressman Joseph P. Kennedy II, who introduced H.Con.Res.49 in 1993 calling for the establishment of a Special Envoy to Northern Ireland.

"We thank President Biden for appointing a highly qualified candidate and sending a clear message on U.S. interest in Northern Ireland and its continuing progress to lasting peace with justice.

"As we welcome the appointment of Congressman Kennedy, we cannot help but also note with sad amusement the attempts by the media, specifically the British Government-controlled BBC and U.S. media sources that uncritically parrot them, to ring-fence his role as special envoy. These reports take great pains to note that Congressman Kennedy will be appointed as an 'economic envoy' and conclude that this confines the focus of the position to 'economic development and closer ties, and not political issues such as Brexit or the Northern Ireland Protocol.' This appears to be a transparent and disingenuous attempt by the British government-sponsored BBC to create a no-go zone of discussion that should trouble anyone who values diplomacy's power to solve complex issues.

"We would remind the BBC, and those that uncritically quote them, that the original title of Senator Mitchell, the first special envoy who helped facilitate the landmark Good Friday Agreement, was 'Special Advisor to the President and Secretary of State for Economic Initiatives in Ireland.'

"Sadly, some in Britain appear not to have learned the lessons of Brexit and the problems it has spawned of the folly in believing that economics can exist independently of history, political science, and social justice.

"We again thank President Biden for reconfirming America's commitment to peace, justice, and prosperity in Northern Ireland and wish Congressman Kennedy success in finding fruitful engagement amongst all members of the Northern Ireland community.

"As we approach the 25th Anniversary of the Good Friday Agreement, we hope Special Envoy Kennedy can help complete the historic work begun by Senator Mitchell."