Joe Biden set for State Visit to Ireland in summer

The visit is likely to take place before mid-July to allow Biden to address both houses of the Oireachtas before it begins a two-month summer recess. 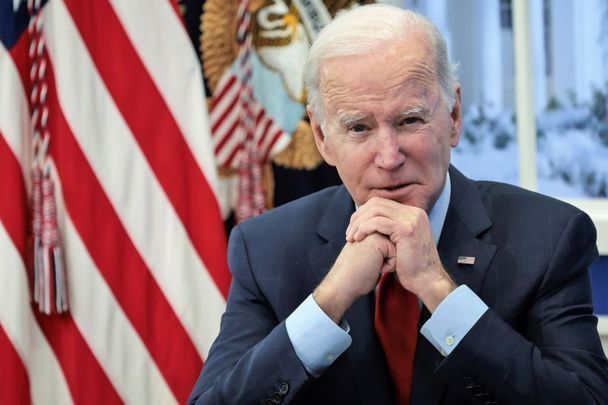 US President Joe Biden is set to make a state visit to Ireland this summer, according to reports.

The Sunday Times reports that Taoiseach Micheál Martin and other senior government officials have told Fianna Fáil TDs that Biden is set to visit Ireland this year, with the dates expected to be finalized when Martin visits the White House on St. Patrick's Day next month.

The visit is likely to take place before mid-July to allow Biden to address both houses of the Oireachtas before it begins a two-month summer recess.

Biden visited Ireland as Vice President in 2016 and visited again in September 2017 when he turned the first sod at a new Mayo Roscommon Hospice Foundation center in Castlebar.

On both occasions, Biden visited his ancestral homeland in Ballina, County Mayo, and Carlingford, on the Cooley Peninsula in County Louth.

The Sunday Times reports that the President is "certain" to visit both areas if he visits Ireland later this year.

Martin first invited Biden to visit Ireland during his first phone call with Biden after the President was elected in 2020.

The Taoiseach revealed that Biden responded by saying "try and keep me out" when he extended the invitation.

Martin again invited Biden to visit Ireland when the pair met at the COP26 Summit in Glasgow last November and again when Biden called to congratulate Ireland's rugby team for their victory against New Zealand in the same month.

He is expected to reiterate his "open invitation" to Biden during next month's meeting at the White House.

A state visit is expected to be mutually beneficial for both Biden and Martin, providing Martin with a swansong for his time as Taoiseach before he steps aside for Fine Gael leader Leo Varadkar in December.

An American presidential visit could also help break any deadlock that emerges following the Stormont elections in Northern Ireland in May.

Sources told the Sunday Times that a Biden visit would put "international focus" on any stand-off that arises from Sinn Féin winning the most seats in the Northern Irish Assembly for the first time in history.

Meanwhile, a state visit to Ireland is believed to be electorally advantageous for the Democrats ahead of the November mid-term elections.

The worsening situation in Ukraine is believed to be the main stumbling block to any state visit at present.