Why can Unionists not see a united Ireland is inevitable?

Research shows that by 2031 50% of Northern Irish will be Catholic and with regular votes on reunification promised a united Ireland is coming, but the DUP don't want to know. 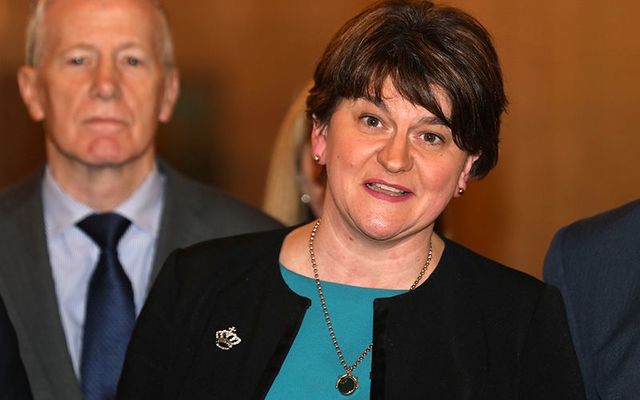 Research shows that by 2031 50% of Northern Irish will be Catholic and with regular votes on reunification promised a united Ireland is coming, but the DUP don't want to know.

By 2021, there will be a nationalist majority in Northern Ireland.

By 2031, it is estimated there will be a massive demographic shift in Northern Ireland with Catholics at 50 percent and Protestants at 38 percent, with 12 percent proclaiming neither religion.

In other words, a united Ireland is a near certainty in the foreseeable future.

As it stands Protestants make up only 37 percent of children of school-going age. They lose every single age category except over 60 where they are 57 percent of the population.

Brexit is pushing talk of a united Ireland back on the agenda https://t.co/9CEeFj8w7N pic.twitter.com/9utN6CHQ04

Dr. Paul Nolan, who has studied the demographic issue carefully says, "Three years from now we will end up, I think, in the ironic situation on the centenary of the state where we actually have a state that has a Catholic majority."

Incredible, and with that in mind, it would be very clever of the shrinking majority to do a deal now that would lock in a constitutional arrangement to safeguard their British identity.

But the unionists have no such plan. Indeed Arlene Foster, head of the Democratic Unionist Party (DUP), said recently that she would flee the island of Ireland if there was a nationalist majority in the North.  She better start checking the airfares.

Read more: Canadian sets up 'Go Fund Me' to buy Arlene Foster one way ticket out of Ireland

Throughout their history, the inability of the unionists to create a fair deal for nationalists has destroyed their future prospects.  For 50 years they reigned secure in a Protestant parliament for a Protestant people, with one Northern Ireland prime minister urging unionist employers to “not have a Catholic about the place.”  Lord Brookeborough felt he could “speak freely on this subject as he had not a Roman Catholic about his own place.” Cheers!

Not surprisingly, The Troubles broke out but in 1968 but before they worsened, the unionist majority had a gilt-edged opportunity to facilitate the civil rights protests led by moderate men like John Hume.  They refused point blank to do this. Instead they batoned them off the streets.

What ensued was a dirty 30-year war that destroyed any hope of cohabitation until an American president became involved and the Good Friday Agreement was created.

Comment: Unionism is facing its biggest challenge in almost a century, but there is nothing inevitable about a united Ireland, by @AlexKane221bhttps://t.co/tl7bnoifEv pic.twitter.com/jys98mSay1

But even with that it is clear the DUP, the majority party in government by a whisker, thought it was going to be discriminatory business as usual.  In one instance they pulled money from an Irish language project and funded a loyalist sectarian band instead.  Sinn Fein had enough and pulled the plug.

That is where we stand at the moment, but time and tide are overwhelmingly flowing towards the nationalist side.

The Brexit referendum gives clear guidance that the British are forced to accept the wishes of the people, inconvenient as it undoubtedly is.

A vote on a united Ireland would have to similarly be accepted in London. Some argue nationalists might balk at such a vote but, let’s be honest, very few will vote for a unionist party like the DUP which makes itself a cold house for Catholics.

So Dr. Nolan has it right. He urges unionism to accommodate and work with nationalists given that the writing is on the wall for them and their one-sided statelet.

Yet they give no indication of so doing. What are they waiting for? Repartition? Perhaps, but it will never happen.

The bell is tolling as the demographics show Sinn Fein has outmaneuvered unionism totally, especially with the pledge to hold regular votes on reunification. Sooner than later that vote will be a yes.

If unionism was smart it would jump on the fast moving train and help steer it when that happens. It appears, however, they lack the leadership to even imagine it ever will…but it will.