Canny move in terms of domestic politics but May could awaken the fires of nationalism in Scotland and Northern Ireland. 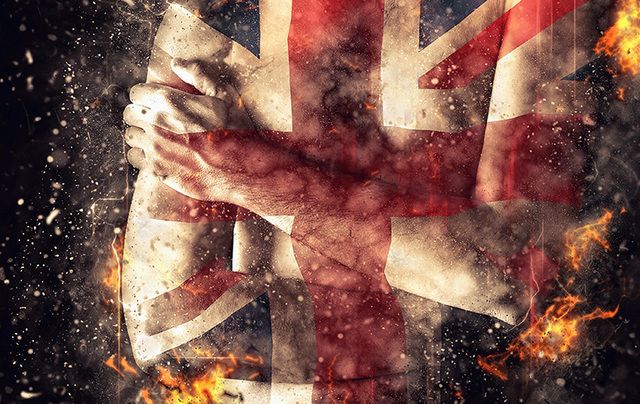 Canny move in terms of domestic politics but May could awaken the fires of nationalism in Scotland and Northern Ireland. iStock

British Prime Minister Theresa May is seeking to take advantage of the deep unpopularity of Labour Party leader Jeremy Corbyn by calling a snap election for June 8.

With a 20-point lead in the opinion polls, but only a narrow majority of 17 in the House of Commons, it makes perfect sense for May to seek a new mandate, especially with Brexit negotiations upcoming.

Labour looks like they could be almost wiped out.  Corbyn makes Bernie Sanders look like he’s right wing, and is way too far to the left for the average British voter.

While a decent man and a committed supporter of a united Ireland, Corbyn has no chance whatsoever of defeating May and taking power.  His only slim chance would be to do a complete somersault on his party’s support for Brexit which has proven to be a heavy burden for them.

If Corbyn could make it an election about pro- or anti-Brexit, he might have an outside chance.  Forty-eight percent of the British population voted against Brexit, and opinion polls show that a majority now regret the decision to end the U.K.’s association with the European Union.

It is ironic that May seems likely to consolidate her power given the fact that it was her predecessor David Cameron who put Britain into full crisis mode by insisting on an unnecessary referendum on Brexit.

As has been the case elsewhere, referendums as opposed to elections are notoriously difficult to call, and Cameron paid the price, though his Tory party amazingly did not.

May, of course, is hoping to come back to power with a vastly increased majority and a devastated Labour Party.  She will then not be dependent on the votes of her right wing supporters who are beginning to accuse her of going soft on Brexit.

It is a canny move in terms of British domestic politics for May to call the election, but in the long run she may awaken the fires of nationalism in Scotland and Northern Ireland.

The Scottish Nationalist Party seems certain to increase its dominance, while in Northern Ireland the anti-Brexit vote is likely to eclipse pro-Brexit supporters.

But the fact is that a resurgent Sinn Fein, which came very close to topping the Democratic Unionist Party in the recent Assembly elections, could again increase its vote, running on an anti-Brexit platform.

The future of British politics suddenly seems very fluid. There is history there. The Liberal Party essentially disappeared in the early years of the last century over the Irish question, and it is possible that Labour could follow a similar fate.

However, if Corbyn catches the mood and takes a stand against Brexit, he would give British voters a clear choice as to what they are voting for.

There is every indication that May now realizes what an incredibly difficult issue Brexit is for Britain, as she backpedals on the Common Travel Area and economic funding.

She is playing a short game, hoping to strengthen her hand on Brexit, but in terms of Scotland and Northern Ireland, the nationalist movement in both states is likely to be greatly strengthened in this election. Given that reality, it may not look such a smart move within a couple of years for May to test the electorate so quickly after taking power. She is no bargain as a leader, and if the Labour Party had any one of the stature of former prime ministers Tony Blair or Gordon Brown, they would probably defeat her.

So it is the Brexit election, for better or for worse, and the strange circumstances that now exist in British politics as they seek to leave the European Union. The real winners may well be the nationalist parties in Scotland and the North.