Undocumented Irishman pleads not guilty to one punch Thanksgiving attack 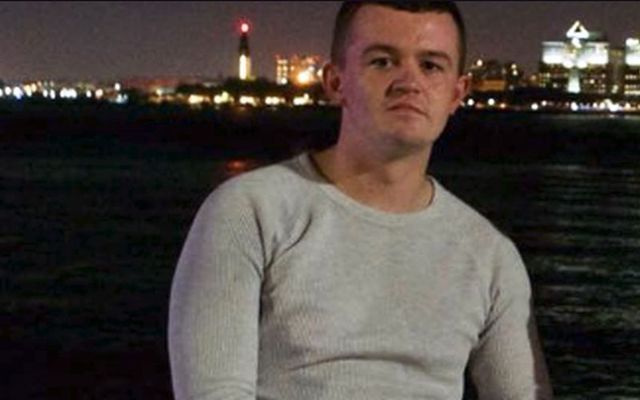 Danny McGee died having been punched once outside The Gaslight bar, in Queens. Facebook / Danny McGee

Last Friday was yet another heartbreaking one for the late Danny McGee’s family.  McGee, who was killed by one punch outside a Queens bar early Thanksgiving morning, would have turned 22 on Friday, the day which also marked the first court appearance for Steven O’Brien, 25, the Irishman facing a third-degree assault charge in connection with Danny’s tragic death.

A dozen of McGee’s supporters, including New York-based family members and co-workers, saw O’Brien for the first time on Friday when he appeared in Queens County Criminal Court with his lawyer and other supporters.  The hearing, only minutes long, led the parties to agree on another court date, February 21, with a trial likely to commence in the spring.

O’Brien, an undocumented immigrant, has pled not guilty to the charge. After the court appearance, his lawyer Matthew Gartenberg said that his client maintains his innocence and will fight the charge which carries a maximum penalty of one year in prison.  O’Brien is free on $25,000 bail.

Family and friends of John “Danny” McGee filled a row inside a crowded Queens criminal courtroom Friday morning as the man charged in relation to his death appeared in court on what would have been McGee’s 22nd birthday:https://t.co/SfoEBCXXnu

Seeing O’Brien was a painful experience for McGee’s family and friends, who assembled at the courthouse early on Friday to attend the hearing together.

“It’s a very difficult time for us and my sister, Danny’s mother, back in Longford,” McGee’s uncle Tim Murphy told the Irish Voice.

“The holidays were awful. My sister was supposed to come to New York to celebrate Christmas with Danny and he was all set to return to Ireland for good in February.”

McGee, born in New York but raised in Drumlish, Co. Longford after his family moved to Ireland, was felled by one punch from O’Brien outside the Gaslight pub on Queens Boulevard at approximately 3:45 a.m. on Thanksgiving morning. O’Brien fled the scene and turned himself in the following day.

The McGee family is dismayed that the charge against O’Brien carries what they consider to be too lenient a sentence.

“We know he didn’t set out to kill Danny. But we want to make sure that he is punished for his actions because he did kill somebody. Our family feels Danny’s loss every single day, and we’ll continue to feel it forever.”

McGee’s body was flown to Ireland for burial with assistance from the Northern Ireland-based Kevin Bell Repatriation Trust, and the McGees are anxious to show their gratitude. The family, in conjunction with the Co. Longford Association has organized a fundraiser for the trust on Saturday, February 9 at Sullivan’s pub and restaurant, 210 West 35th Street, New York, from 5-11 p.m. There will be a live auction, 50-50, and a deejay.