Trump has outlived his moment of fame, the US is tired of listening to him

America is about to tell Donald Trump, "you're fired." 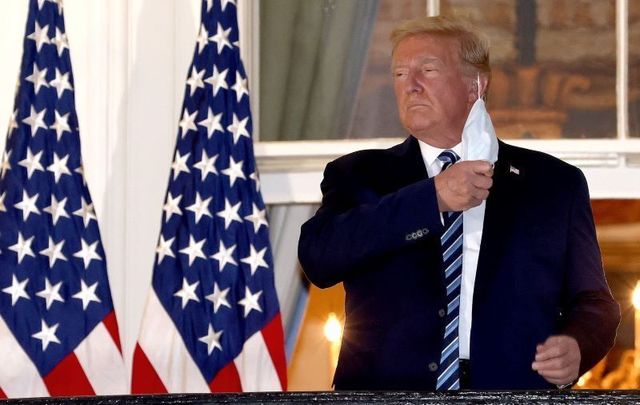 People are simply tired of Trump at this point. He’s like the inebriated uncle at Thanksgiving who won’t shut up. The more he talks, the more nonsensical he sounds.

*Editor's Note: This editorial first appeared in the October 7 edition of the Irish Voice newspaper, sister publication to IrishCentral.

Those who watched the first presidential debate saw the full-frontal, arrogant bullying persona that they usually only see for two or three minutes on television sound bites. The more you hear Donald Trump, the less you like.

His one-trick pony routine has been mercilessly revealed these past few weeks. He has nothing to offer but the venom of his hatreds and the venal behavior of tax dodging and secret deals with agents of the Russian Republic. Remember, this is a man who tried to get his dementia-suffering father to change his will to leave all to him and cut out all others in the family. Venal doesn’t even begin to explain his issues.

Trump’s behavior on Sunday when taking a cruise outside Walter Reed Medical Center while still suffering from a highly contagious disease will go down as one of the worst moments in the modern presidency, as will his incredible failure to condemn white supremacists at the debate.

People may be no longer listening to his rants and threats. An NBC-Wall Street Journal poll on October 4 showed Trump down by 14 points, an incredible margin. The undertone is “we’ve had enough” from the American people.

Trump was on the skids when he landed his reality gig on The Apprentice series on TV. Soon he was world-famous too.

Like Paris, nothing was real. The show was closely scripted. Trump merely had to reach the climactic moment every week when he said ‘You're fired” to some trembling underling and ratings soared.

It was as bogus as a three-dollar bill, but Trump made his name. Suddenly, he was no longer just a loudmouth real estate developer; he was a star from coast to coast.

Trump played a rich man even though we now know he was either a massive tax dodger, in hock to Russian oligarchs, or completely broke.

Paris eventually began to fade as newer faces stepped forward and the paparazzi chased the Kardashians instead. The Donald took off like a rocket in a different direction.

His famous name and cachet gave him enormous visibility in an era when celebrity trumps everything else.

Skip to 2016 and America was at a strange moment. The economy had recovered under President Barack Obama, but decades of vitriol poured on his designated successor Hillary Clinton had taken their toll.

Benghazi, where four Americans died (as against 210,000 from coronavirus) was blown up by right-wingers as a scandal worse than Watergate. The drip drip drip of accusations hit home and the American people thought they’d give the newcomer, strange and aggressive though he seemed a shot.

No one like him had ever won the presidency. We doubt anyone like him will again. Basic competence, basic knowledge of governing, and basic ability to lead have been sorely lacking.

America is about to pronounce “You’re fired” to Donald J. Trump. It can't come soon enough.