In Trump era anti-Catholicism is still a thing

Maybe the only thing more depressing than day-to-day governing in the Trump era is the prospect of two dozen (give or take) Democrats braying that they are the antidote to the miseries of the Trump era. 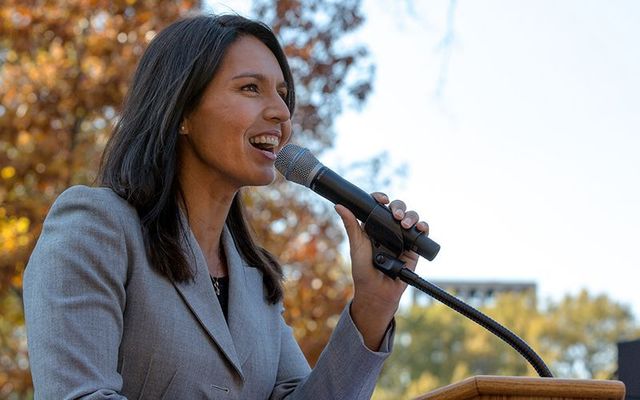 Maybe the only thing more depressing than day-to-day governing in the Trump era is the prospect of two dozen (give or take) Democrats braying that they are the antidote to the miseries of the Trump era.

The problem with so many Democrats vying to lead the party is that you can expect them all to fight tooth and nail to prove they are the most progressive, the most “woke” candidate on the planet.

But just because you have good intentions, does not mean you are working towards actually making America great -- or at least decent -- again.

Read more:  I was an undocumented immigrant. Trump's hatred for them is un-American.

And so, we have depressing recent events in Washington involving what George Packer at The Atlantic called the “Catholic Trump boys.”

You know the story. Students from Kentucky’s Covington Catholic High School -- wearing Make America Great Again hats, of course -- were accused of mocking Native Americans, African Americans, and who knows who else. Social media addicts took the bait and jumped all over these boys, seeing them not as people but as symbols -- Trump drones whose sole purpose for existence is to oppress the downtrodden.

This all got so silly that the bishop who oversees Covington High School issued an apology, then apologized for issuing the apology, saying, “We should not have allowed ourselves to be bullied and pressured into making a statement prematurely, and we take full responsibility for it.”

Um, actually you don’t, because if you claim to feel “bullied and pressured,” by definition, you are kind of blaming outside forces for your behavior.

And so the bullies end up feeling bullied and try to claim they are the real victims.

As John Gehring noted in a thoughtful Commonweal piece, “Some conservative Catholics see discrimination around every corner, as if we were living in 1920s Mexico, where the Catholic Church was systematically oppressed, rather than in an increasingly diverse public square that still includes a heavily Catholic Supreme Court and a U.S. Congress where nearly a third of lawmakers identify as Catholic.”

And yet, that doesn’t change the fact that certain proudly progressive folks have a lot of trouble breaking their habit of treating “Catholic” as essentially a dirty word, synonymous with “oppressor.” They assume that opponents of abortion do not merely have a moral or ethical opposition to ending a fledgling life -- they are, in fact, interested in binding women, hand, and foot, and that’s that.

To be clear, Catholics don’t do themselves any favors by trying to justify their faith to both the Vatican and Donald Trump. And yet, their enemies make it easy by being so hypocritical.

Catholicism is certainly not the only religion with various conservative strains. But you would never hear a Democratic lawmaker criticize Jewish or Islamic theology, the way certain judicial nominees who are members of the Knights of Columbus have come under fire.

Kudos to Hawaii Congresswoman Tulsi Gabbard -- who is, of course, running for president -- for taking fellow Democrats to task.

Speaking of widespread Democratic opposition to judicial nominee Brian Buescher, Gabbard wrote in The Hill, “I stand strongly against those who are fomenting religious bigotry, citing as disqualifiers Buescher’s Catholicism and his affiliation with the Knights of Columbus. If Buescher is ‘unqualified’ because of his Catholicism and affiliation with the Knights of Columbus, then President John F. Kennedy and the 'liberal lion of the Senate' Ted Kennedy would have been “unqualified” for the same reasons.”

“The party that worked so hard to convince people that Catholics and Knights of Columbus like Al Smith and John F. Kennedy could be both good Catholics and good public servants shows an alarming disregard of its own history in making such attacks today.”

Sounds reasonable. Not very presidential, though.