Noel O'Connell, a leader within the Rockland GAA community in New York, passed away in August. 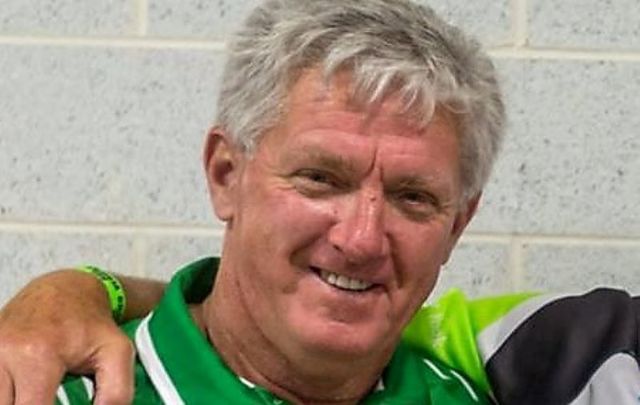 Noel never complained to those around him about the disease that had quickly taken his speech and eventually his muscle strength. His positivity was infectious from the moment you met the man, and it continued throughout his fight with this awful disease.

As Noel would have probably told you himself, this disease can take your strength, your voice, and your life, but it never took his soul. It never diminished his love for his family, his friends, the GAA, and life in general.

When I first met Noel O’Connell, I’d say I had roughly the same reaction as everyone else did – “Who is that crazy man?”

For me, it was an underage final being played in Rockland sometime around 1999. I was in goal for St. Joseph’s.

In my mind, I had played well. The game was tight as our opponents, Rangers, seemed bigger and stronger than our side, but we had a lot of talented players that balanced out the game.

I don’t remember exactly what it was that made me start talking to this man, but it quickly turned from “good job” to a conversation. Uneasy about completely losing focus on the game in front of me, I listened to what I could before drifting back into the play.

A ball would go wide or over that bar and I would grab another football and set myself for another kick out. After the kick, I would come back to my starting point after around the six-yard box and this man would still be there. He spoke of Martin Furlong and Declan O’Keefe in the same breaths as old hockey goalies like Ken Dryden and Gerry Cheevers.

A few years later, I would have the chance to play under Noel as he became manager of the under-18 boys' team that would travel to Ireland in the summer of 2002. The tournament would be held in the Cooley Mountains and would feature teams from England, Scotland, and the United States.

With the team made up of players from Minor Board teams, predominately Rockland and St. Barnabas, it would have been easy to allow rivalry animosity sneak into the camp, leaving the three of us who played for St. Raymond’s/St. Joseph’s having to choose which clique to join.

But Noel did what no other coach I had up until that point had ever done – he treated us like equals.  He spoke to us like we were adults. He droned into us the impenetrable force of one – one team, one being, one body.

And, when a club match between Rockland and Barnabas was abandoned one weekend, Noel took us all out into the middle of the pitch one hot July night and reminded us of who we were. We weren’t Barnabas players or Rockland players. We were New York players representing a strong and unified city not 10 months after 9/11. He spoke to us about the bigger picture.

We barely kicked a football that night. He understood that getting the players talking to one another again was more important than working on your solos.

I’ve seen players as well as managers panic at the passing of time in a training session and have no idea for having us on the field at all other than to say we were there. Noel O’Connell – a manager that I had for years even after our shield winning trip to Louth that August – understood that the power of the pitch is not only to increase your potential as an athlete, but as a human being.

When I eventually got out of playing, I quickly decided I wanted to be a coach. I had played soccer and ice hockey, as well as Gaelic football, and I had seen the damage done by ill-equipped coaches to young men and women.

When I took on a role as a coach with the Rockland GAA I immediately asked Noel to join me. I felt that the fundamentals of the game had gotten away from teams. That this great, great game had turned into a mandatory placeholder between the million other activities kids have going on today.

I was afraid of turning into every bad coach I had ever had, forcing kids to be somewhere they didn’t enjoy 100 percent.

I wanted them to meet that same crazy guy I did all those years ago who spoke about the future of goalkeeping long before Dublin GAA legend Stephen Cluxton was a household name. I wanted them to hear about how Michael Jordan worked on his vertical jumps, and I wanted them to have fun chasing around a rugby ball or an American football in training all the while working on their reactions in the open field.

The New York GAA is a sadder place with Noel O’Connell not shepherding young men and women through their teens and young adulthood like he did with me and my friends. A hero would die for a cause, but he much rather live for it.

Noel lived for the GAA. He lived for the games it brought. For the characters. For the new kids and the old names. For small parishes and big cities.

For the men, the women, the kids, the pets – the bubble that encompasses it all. To shake hands with former players of his who became bankers, teachers, firefighters, construction workers, tech workers, Wall Street traders.

One night, not that long ago, Noel came up to me at a loud and hopping Rockland pavilion dance and asked if we could go and chat. By this time his speech had already begun to go, yet the doctors had yet to determine the cause.

Over the noise around us, I thought he had asked me to go do shots. This was odd because Noel hadn’t had any alcohol for 30 or so years, but I thought it would be a laugh if he did.

We got out onto the pitch at the Rockland GAA where we had met all those years ago – next to the same goal. We laughed as I told him I thought he wanted to do shots. He said that the tests he had done hadn’t shown any signs of cancer.

I was stupidly ecstatic. I said, “That’s good right?” He said it was in one way, but on the other hand, he said, “Chris, they don’t know what the hell this is.”

I saw his eyes. Knowing Noel the way I did, I knew at that moment that he knew something was very wrong.  He wouldn’t have been able to help himself from researching.

A few weeks later Noel told several people in an email that he had been diagnosed with ALS. How could a man so energetic, so incapable of sitting still, so uncooperative with the idea of idleness be cursed with such a horrendous disease?

He kept upbeat with those whom he coached with and told me one Saturday that when he beat the disease he wanted to run with the bulls at Pamplona. My God – if there was ever a man to do it, it would be him.

Noel continued to help coach the Rockland men’s teams and when his speech was taken completely from him, he would mark his thoughts down on a marker board. We would laugh that eventually, we were going to have to get a bigger board as the smaller 8x10 one wasn’t big enough to convey his thoughts.

When I got word that Noel had passed I was in my car. I had just parked on my street and I bounced my head off the back of my seat and looked out the window. I didn’t want to think of the future at that moment because it will always be a little duller.

I thought back to the moment in a damp, crowded locker room in the Cooley Mountains. The room was still. A man in blue New York togs walked in, soaked from the outside rain.

And with one final drive of force that began over his head, he released the ball into the pavement. The ball flung up off the floor, knocking off his glasses and nearly bursting through the ceiling.

Nobody laughed. Nobody flinched. If the door weren’t opened already, we would’ve burst right through it. We were one. One team, one being, one body.

He was the greatest man I had ever met. He inspired generations of Irish American kids including myself to use a Gaelic football, an American pigskin, a tennis ball, and a rugby ball.

May he rest in peace. I’m sorry we never got to run with the bulls.