Rockland GAA, located in Orangeburg, New York, is one of the foremost clubs in the New York region. With a large cohort of home-grown players, it is one of the most important for New York GAA's continued development. 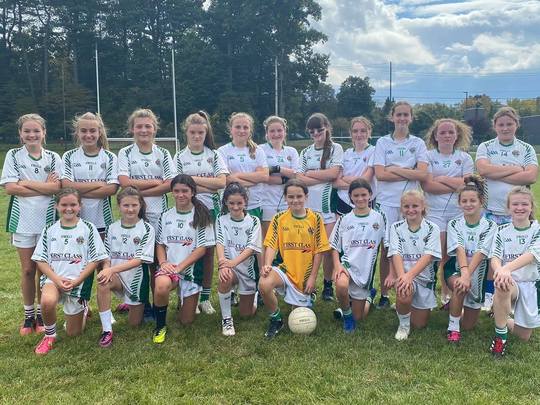 A Rockland team lines out before a game. RocklandGAA, Facebook

Rockland GAA, based in Orangeburg, New York, remains a bastion of Irish sport and culture in the region.

For Irish immigrants in New York City, playing GAA is a rite of passage.

Most clubs rely heavily on the annual influx of Irish J1 and Graduate Visa arrivals, but there is one suburban club that is rewriting the rule book.

Situated in Orangeburg, New York, Rockland GAA is the biggest GAA club located outside of Ireland and it is almost totally made up of American-born players.

With over 850 playing members, the club continues to grow from strength to strength.

Joe McGirl, the club's chairman, said that 95% of the club's players were born on American soil, while club member Emmett Woods said that every member under the age of 18 is American born with 10% of those having no Irish heritage.

Woods says that players who are not from an Irish background are a little hesitant towards the game at first, but that they usually become avid fans.

"The kids are a little weary at the start as they don't know the game or see the game generally on tv, but once they start playing they fall in love with it and then they tell their friends about it," Woods said.

The goal, according to McGirl, is to become less reliant on Irish influences - an incentive which could benefit the New York Gaelic football team which has fielded just 12 American-born players in the 21 years it has competed in the All Ireland championship.

"We think it’s quite obvious that all clubs need to put more focus on the American born players, focus on what's available rather than lament about the challenges that immigration have presented," McGirl said.

25 DAYS OF CHRISTMAS COUNTDOWN RECAP DAY 9: MAYO GAA MEET AND GREET - It was a privilege to host the Mayo Senior...

Read more: Rockland: The little GAA club that could

Tighter restrictions on US immigration policy has reduced the number of Irish people who swap the Emerald Isle for the Big Apple, meaning that teams have to come up with inventive ways of filling the void.

Since its formation, Rockland has had approximately 250 players represent New York at all age levels, according to McGirl.

Founded in 1972, Rockland is something of an anomaly. They are one of only a handful of clubs in New York to field teams in all four codes - football, hurling, ladies football, and camogie - and they are one of the only clubs to use an almost entirely home-based core of players.

"If you want to have a vibrant club and think about sustainability it is vital that all codes of Gaelic Games be made available to players," McGirl explained.

In total, Rockland fields over 20 teams across all codes, and the club owns its own clubhouse and pitches, which McGirl believes allows it to grow ever larger.

With the club's 50th anniversary fast approaching, things could hardly be going better for Rockland GAA.

Have a Global GAA Club you want to nominate to be featured on IrishCentral?Email us at Editors@irishcentral.com!