Set in the unlikely backdrop of Scandinavia, the Helsinki Harps GAA club in Finland is doing its utmost to recruit new players from all over the world. 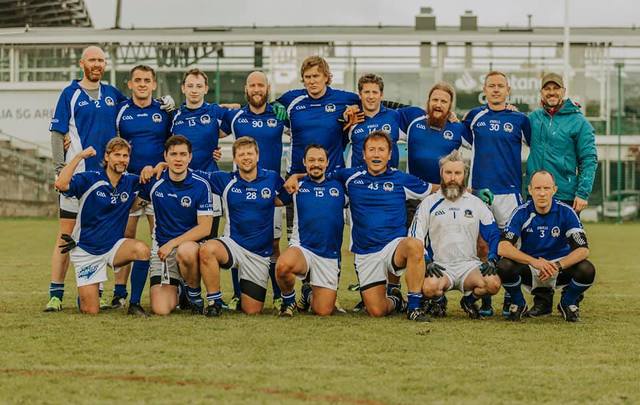 Set in the unlikely backdrop of northern Europe, The Helsinki Harps GAA club in Finland is doing its utmost to recruit new players from all over the world.

Founded in 2011, Helsinki Harps became the first GAA team in Finland and are still thriving almost a decade later.

The club is a melting pot of nationalities and last year was comprised of members from all four corners of the globe, from Russia to Hong Kong and from Peru to Thailand, as well as a healthy dose of the Irish diaspora and Finnish natives.

Paddy Reynolds, the club’s Press Relations Officer, said that membership rosters change greatly year on year, but that there is an incentive to attract upwards of ten players who have never heard of the sport every 12 months.

Recruiting is always a top priority, according to Reynolds, as members frequently move away or age out of the club and each year brings varying success enlisting new recruits.

Since Finland could hardly be considered a GAA stronghold, there is something of a dearth of opposition for the Harps to take on internally and they are forced to look further afield.

Every year, they compete against similar outfits from Copenhagen, Odense, Oslo, Malmo, Gothenburg and Stockholm in the Nordic Championships, the most recent of which was held in Helsinki last September.

Nominated: Are you a member of the world's best GAA club? We want to know

Odense triumphed over Stockholm Gaels in the showpiece men’s event, but the Swedish team did bring home silverware in the women’s format.

The tournament was the subject of a short YouTube video that highlighted the dedication and commitment of the competing teams and showcased the skills on display in the Nordic countries of Europe.

But there are plenty of GAA clubs in Europe outside of the Nordic countries and Helsinki Harps are keen to take advantage.

Reynolds said that the club is currently seeking to broaden its horizons and take on clubs from other parts of Europe and the club recently tweeted that they were interested in taking part in the European Gaelic Football Championships following a record-breaking 51-team tournament in Vienna last October.

Or if you've regular GAA and community news you'd like to share with IrishCentral's audience you can sign up to IrishCentral Storytellers, our contributor's network, and spread your good news with the global Irish community here.